Want unlimited data? These are now your choices 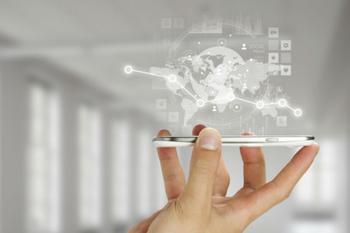 Verizon Wireless joined the club this week, announcing that it, too, would offer an unlimited data plan -- something that the market had begun to dictate.

Consumers now use their smartphones as computers, and they are accustomed to having unlimited internet use on their PCs at home. They demanded the same from their wireless devices and carriers had begun to give it to them.

Now, all of the wireless companies offer an unlimited data plan in some form. However, no one provides unlimited data, at the fastest speeds, period. Network capacity, after all, is a finite resource. So there are certain limitations.

Here's the caveat: after 22 GB of data usage on a line during any billing cycle Verizon may "prioritize usage" behind other customers in the event of network congestion. This is similar to other carriers' restrictions.

T-Mobile is the disrupter that got all of this started. Its All Unlimited Plan offers unlimited text, talk, and data for $70 for one line and $40 a line for four lines, when using AutoPay.

It makes a point of saying the $160 for four lines also includes taxes and fees, something the other carriers don't do. T-Mobile's caveat is that when the network is congested, the top 3% of users, which translates into about 28 GB a month, may notice slower speeds.

AT&T's unlimited data plan is available to customers who also have DIRECTV or U-verse. If you have one of those services, you get unlimited data on all eligible devices covered by your plan.

You also get unlimited talk and text including calls to Mexico and Canada, and talk, text, and data in those countries when you add AT&T Roam North America.

Straight Talk Wireless and Cricket Wireless are prepaid services that gained traction in the marketplace as phone service you could use without being bound by a contract. As an indication of how fast things have changed in this space, that is no longer a distinction. Instead, both now try to compete on price.

Straight Talk, sold through Walmart, provides unlimited data, but only a certain amount is at full high-speed. For example, the Unlimited Nationwide Plan costs $55, but speeds slow to 2GB after you go through the first 10 GB in a billing cycle. It's $45 when the high-speed allowance is just 5 GB.

Cricket costs $70 -- $65 when you enroll in AutoPay. Currently, mobile hotspot is not available on Cricket, but the company says it does not reduce users' speed, regardless of the amount of data they use. However, it says speeds may vary, depending on location and device.