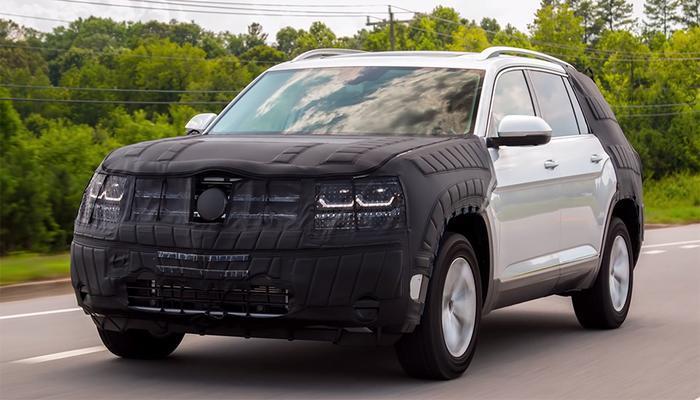 First there was the Touareg, then the Tiguan, Volkswagen crossovers that have been admired for their looks and handling but not for their Teutonic nomenclature.

Now, hoping to revive its diesel-fume-poisoned name in the United States, VW is introducing a new crossover later this year -- a seven-passenger, three-row family hauler that aims to cater to American tastes.

So, since VW traditionally gives its crossovers names starting with "T," you might expect it to be called something like Teutenhammer. But no, this time VW's top brass wanted to show they were sensitive to American tastes so they shrugged and signed off on "Atlas."

That's according to Automobilwoche, the German-language affiliate of Automotive News. The Atlas, which will be built in Chattanooga, has been shown under the concept name CrossBlue at auto shows but will be officially unveiled Oct. 27 at a press event in Santa Monica, Calif.

The new model can't come soon enough for Volkswagen dealers. They were complaining about a lack of American-style models even before VW trashed its reputation by installing stealth devices to conceal the illegal levels of pollution pumped out by the company's TDI "clean diesels."

By most accountings, the Tiguan has been VW's top seller in recent months. But although it's popular with drivers who like Euro styling and handling, it's generally regarded as too small and too expensive for its market segment.

The Touareg is bigger but costs two or three times as much as most VWs, putting it outside the brand's mainstream positioning.

The Tiguan, by the way, is also being redesigned and enlarged. The new version is expected to hit showrooms in mid-2017.