Details of the settlement have not yet been released 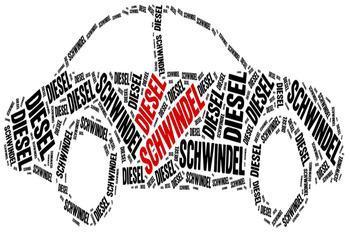 Volkswagen has encountered another hefty toll on the dirty diesel highway, agreeing to pay $1 billion to fix or buy back about 80,000 VW, Audi, and Porsche vehicles equipped with 3.0-liter TDI diesel engines.

The agreement settles suits brought by federal and California regulators. So far, VW has tossed about $17.5 billion into the coin basket and it still faces billions of dollars in fines and expenses as it tries to settle state and federal damage claims and criminal investigations.

Besides the buybacks, VW will help fund electric vehicle programs in California. Volkswagen's U.S. chief, Hinrick Woebcken, said it was "an important step forward in our efforts to make things right for our customers."

The latest settlement was announced Tuesday at a status conference by U.S. District Judge Charles Breyer in San Francisco. Breyer last year signed off on a $15 billion settlement under which VW buys back or tries to fix about 475,000 cars with 2.0-liter diesel engines.

“We are pleased to be moving forward on an agreement in principle to compensate consumers who purchased affected Volkswagen and Audi 3.0 liter vehicles and look forward to resolving the final details," said Federal Trade Commission Chairwoman Edith Ramirez in a prepared statement. "The FTC, with its partners, secured $10 billion in compensation for the vast majority of consumers harmed by Volkswagen’s deceptive advertising earlier this year, and today’s agreement will provide redress for a smaller but no less important group of consumers who were not part of the original settlement."

Details of the latest settlement have not yet been released. Owners of the affected vehicles should wait until the court approves a final settlement. Vehicle owners and lessees can also obtain information about their options at: www.VWCourtSettlement.com and www.AudiCourtSettlement.com.

“As reported today by Judge Breyer, we have reached an agreement-in-principle with Volkswagen on substantial aspects of relief for 3.0-liter TDI Generation 1 and Generation 2 class members, and are working to resolve remaining issues. We will have no further comment, as the Court has instructed the parties that its confidentiality order still applies,” said Elizabeth Cabraser, court-appointed Lead Counsel for the Plaintiffs’ Steering Committee in an emailed statement.

In yet another development, Robert Bosch GmbH, the company that produced the software used in the polluting diesels, has reportedly agreed to pay more than $300 million to settle a class action lawsuit filed by U.S. diesel owners, according to a Reuters report.