Federal judge gives preliminary approval to plans to fix or buy back 80,000 cars 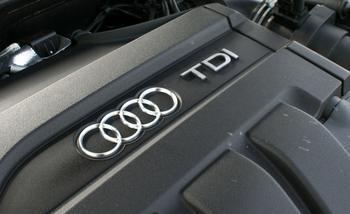 Volkswagen moved closer to putting the "dirty diesel" scandal behind it this week as U.S. District Court Judge Charles Breyer gave preliminary approval to a plan under which VW would pay about $1.2 billion to fix or buy back about 80,000 3.0-liter diesel vehicles.

That amount could increase to $4 billion if the Environmental Protection Agency and other regulators don't approve of VW's proposed fixes to all of the 3.0-liter Audi, Porsche, and Volkswagen models.

“We are pleased the Court has granted preliminary approval, which brings us another step closer to achieving the settlements’ goals: providing consumers fair value for their vehicles, while repairing or removing illegally polluting vehicles from the road," said Elizabeth Cabraser, lead counsel for the consumer plaintiffs.

"We have heard from many owners and lessees who are eager to take advantage of the settlement, and we look forward to finalizing this agreement so these benefits can quickly begin reaching both consumers and the environment," Cabraser said in an email to ConsumerAffairs.

Generations One and Two

Assuming Breyer grants final approval to the plan in May, consumers’ options and compensation will depend on whether their vehicles are classified as Generation One or Generation Two. The engine designs for each generation are different, with different prospects for emissions compliance.

The cash payments in addition to these options are only available to those who participate in the class action settlement, which covers approximately 75,000 3.0-liter TDI vehicles.

Generation One (Model Years 2009-2012): These vehicles – like 2.0-liter vehicles – cannot be repaired to be compliant with their originally certified emissions standards. Therefore, owners will have the option of a buyback, trade-in, or an EPA- and CARB-approved emissions modification plus substantial cash compensation ranging from $7,755 to $13,880. Lessees will also be eligible to have their lease terminated and receive cash compensation.

Generation Two (Model Years 2013-2016): Government regulators believe these newer vehicles can be repaired to comply with the nitrogen oxide (NOx_ emissions standards to which they were originally certified. If this is achieved and approved by the EPA and CARB, Generation Two owners will receive this repair plus substantial cash compensation ranging from $7,039 to $16,114. Lessees are also eligible for this repair plus cash payment. Consumers may choose to receive half this payment upfront, before any repair is approved, and the other half upon repair completion.

If the EPA and CARB do not approve an emissions compliant repair by deadlines set out in the class settlement agreement, a process will follow in which Class Counsel can ask the Court to order a buyback, or other remedies if the repair results in reduced performance as detailed in the settlement agreement.

Affected consumers do not need to take any action at this time. When and if the Court grants final approval, the claims process will open to eligible owners, lessees, and post-September 18, 2015 sellers without delay from any appeals, and payments will commence shortly after. The ultimate deadline to file a claim will be December 31, 2019.

For purposes of calculating buyback payments, under the settlement, vehicle value remains frozen as of September 18, 2015 (the date the emissions allegations became public), meaning its value generally will not depreciate while consumers go through the claims process.

The settlements are subject to Court approval. If preliminary approval is granted after a hearing currently scheduled for February 14, 2017, class members will receive more information about the terms of the settlement.

At that time, consumers can also visit www.VWCourtSettlement.com to enter their vehicle’s VIN to learn if they have an eligible vehicle and see their range of compensation. Additional information can also be found on the Court’s website.