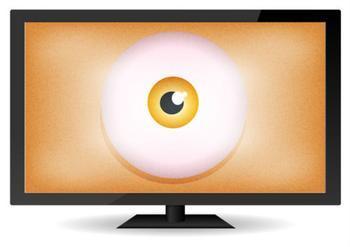 The Federal Trade Commission (FTC) and the New Jersey Attorney General’s office have reached a $2.2 million settlement with smart TV manufacturer VIZIO, resolving a complaint that the company collected viewing data on 11 million consumers without their consent.

The complaint states that, as early as February 2014, VIZIO and one of its affiliates manufactured smart TVs that captured screen information and demographic data about consumers, including information on age, sex, income, and a variety of other metrics. Officials allege that VIZIO then took that information and sold it to third parties who used it to create targeted ads that reached consumers across their devices.

“[VIZIO] provided this viewing data to third parties, which used it to track and target advertising to individual consumers across devices. [It] engaged in these practices through a medium that consumers would not expect to be used for tracking, without consumers’ consent,” the complaint stated.

The complaint goes on to explain that the data tracking practices were unfair, deceptive, and in violation of the FTC Act and New Jersey protection laws, something that New Jersey Attorney General Christopher Porrino expounded on.

“New Jersey residents enjoying television in the privacy of their own homes had no idea that every show they watched, every movie they rented, every commercial they muted was being secretly tracked by the defendants who then exploited that personal information for corporate profit,” he said. “This kind of allegedly deceptive behavior is not only against the law; it is an egregious invasion of privacy that won’t be tolerated.”

The settlement requires VIZIO to pay $1.5 million to the FTC and $1 million to the New Jersey Division of Consumer Affairs, $300,000 of which has been suspended. The stipulated federal court order requires VIZIO to prominently disclose and obtain consent for its data collection and sharing practices, and stipulates that the company must delete all data collected before March 1, 2016.

The order expressly forbids the company from making future misrepresentations about the privacy, security, or confidentiality of any consumer information it collects. VIZIO has also agreed to implement a data privacy program, which will be evaluated biennially.

“This settlement not only holds the defendants accountable for their alleged deceptive practices, it requires them to destroy the data they gathered without consumers’ consent, and to revise their business practices to protect consumers from future privacy breaches,” said Porrino.

For more information, consumers can visit the FTC’s site here.