Questions of bullying and discrimination continue to be raised 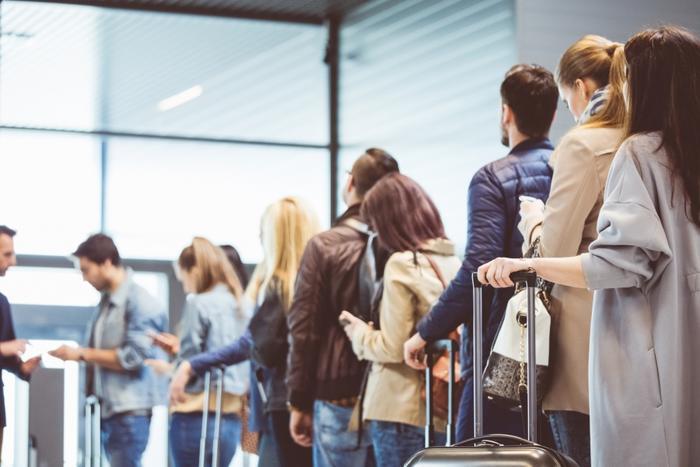 In a 7-3 vote on Thursday, a federal appeals court said that American Muslims who found themselves on the “No-Fly List” because they refused to become a government informant can file lawsuits against FBI agents and seek monetary damages.

The plaintiffs -- which include all U.S. citizens or permanent residents born abroad --  had sought damages under the Religious Freedom Restoration Act, a 1993 United States federal law that "ensures that interests in religious freedom are protected." The plaintiffs claimed that being on the “No-Fly List” precipitated social alienation, the inability to visit relatives, and even job loss.

“The dissent argued that the decision places an unacceptable burden on federal employees tasked with protecting national security,” commented aviation blog LiveAndLetsFly. “The dissent feared these professionals will become too intimidated to protect national security for fear of being held personally liable. The dissent also argued that Supreme Court precedent specifically limited the liability of government officials for such misconduct.”

“...should not government officials be held accountable for essentially bullying innocent parties who do not wish serve as government informants? Perhaps it is time for Congress to change the law.”

This is the second such No-Fly List court ruling already this year. Reuters recently reported that the 9th U.S. Circuit Court of Appeals voted 8-3 that the government should pay millions of dollars to lawyers for a Muslim woman it put on the No-Fly List after mistakenly branding her a terrorist.

One might think the government would have its airline passenger scrutiny act together by now. As far back as 2005, ConsumerAffairs reported that the Transportation Security Administration (TSA) found itself in a stew when it mistakenly put 30,000 unsuspecting airline passengers on a "terrorist watch" list.

The No-Fly List is a list created and maintained by the federal government's Terrorist Screening Center (TSC). It is made up of people prohibited from boarding commercial aircraft for travel within, into, or out of the United States.

The American Civil Liberties Union (ACLU) has long criticized the list as “bloated, discriminatory, and unfair.”

“Because of the extreme secrecy surrounding the No-Fly List, people generally only discover that they are on it when they are denied boarding at the airport,” writes the ACLU.

“The public does not know how many people are on the No-Fly List, and the criteria for inclusion are so broad and vague that they inevitably ensnare innocent people engaged in First Amendment-protected speech, activity, or association. The process the government has established for people on the No-Fly List to challenge their blacklisting is grossly insufficient and violates the Constitution’s due process guarantee.”

As credit reporting agency TransUnion found out a couple of years ago, misidentifying a consumer as a terrorist can be a costly mistake.

When TransUnion labeled consumers as criminals in their credit reports, a class action lawsuit on behalf of more than 8,000 consumers ensued, eventually resulting in a $60 million jury award to the plaintiffs.