Many advertised on Craigslist, Angie's List and other online venues 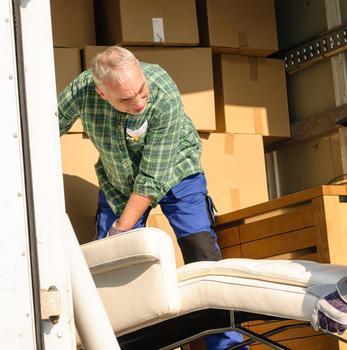 An undercover sting operation in New Jersey caught 26 unlicensed moving companies, including two that were solicting interstate business. The 26 companies were fined $2,500 each, and the two companies accused of solicting interstaste business were fined $25,000 each by the Federal Motor Carrier Safety Administration (FMCSA), which participated in the state-led sting operation, dubbed “Operation Mother’s Attic.”

“Horror stories about predatory movers are all too common. By its very nature, the moving industry touches the lives of consumer when they are vulnerable and when they must rely on strangers to transport their valued possessions,” Acting New Jersey Attorney General John J. Hoffman said. “These situations create the potential for abuse. We are enforcing New Jersey’s licensing laws in order to protect consumers and, just as importantly, to ensure a level playing field for New Jersey’s many honest and licensed moving companies.”

The sting operation took place from November 19 through 22. In the preceding days, state Consumer Affairs investigators posed as consumers seeking to make an ordinary household move. The investigators booked appointments with suspected unlicensed movers who solicited work with online listings.

Approximately 290 moving companies are currently licensed to perform intrastate moves (from point to point within the state) in New Jersey. The Division of Consumer Affairs received 89 formal consumer complaints about moving companies in 2013.

“Unscrupulous movers that attempt to evade consumer protection regulations are often as likely to disregard safety requirements that serve to protect everyone traveling on our highways and roads,” FMCSA Administrator Anne S. Ferro said. “We are pleased to be a partner with the state of New Jersey’s Attorney General’s Office to bring the weight of state and federal consequences upon rogue movers that run outside the rules of law.”

Before hiring a mover, review the tips available from the New Jersey Division of Consumer Affairs. They include: