Underprivileged students are more likely to give up on college ambitions, study finds 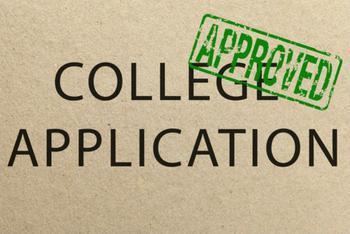 Higher education may not be for everyone, but a new study shows that young people from less privileged backgrounds are much more likely than their more affluent peers to make the decision to not apply to college.

Researchers from the UCL Institute of Education (IOE) surveyed young people between the ages of 14 and 20 and analyzed how their expectations for attending a college or university changed over time. They found that socioeconomic background played a significant part in the decision.

Lead researcher Dr. Jake Anders said that targeting interventions for young people between the ages of 14 and 17 may allow more students from poorer backgrounds to attend college.

"These findings suggest that part of the socioeconomic difference in university applications has its roots during the period when potential applicants are aged between 14 and 17 and, as such, it's not too late to target policies at this age group to try and narrow the gap,” he said.

Anders points out that age 16 is a particularly important time for this decision, since varying success on school exams can raise or lower college expectations.

"Sixteen could…be a key age for interventions. This is a difficult point in time to reach young people as many move between educational institutions or leave full time education altogether. However, it may be the case that providing fresh guidance in the light of exam results could play an important part in ensuring young people get the right educational message," he said.

But while age 16 may be an age to focus on, Anders says that earlier intervention may also be necessary to establish early expectations. "Intervening early to maintain expectations, rather than attempting to raise them later, is more likely to be successful as this will ensure individuals engage in steps that keep them on track to be in a position to apply for university,” he said.

The full study has been published in the Oxford Review of Education.