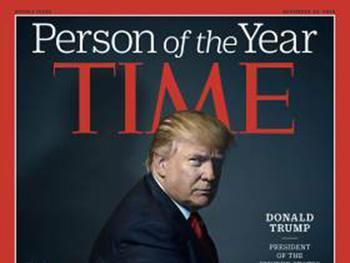 Drug company stock prices soared last month when Donald Trump won the presidential election, but they plunged today when Trump declared himself an opponent of high drug prices and vowed to take action to bring them down.

“I’m going to bring down drug prices. I don’t like what’s happened with drug prices,” Trump said, according to Time Magazine, which named him its "Person of the Year."

EpiPen maker Mylan NV and Valeant Pharmaceuticals International have been the public face of high drug costs in recent months, but they are far from the only drugmakers to aggressively increase prices.

Recently published research from the U.S. Centers for Medicare and Medicaid Services show that spending on prescription drugs "outpaced all other services," increasing 9 percent to $324.6 billion nationwide in 2015.

Trump has already shown himself ready and willing to go after individual companies, berating Carrier for initially planning to close a plant in Indiana and calling on Ford to back off plans to move some operations to Mexico. He has also lambasted Boeing for the price of new presidential jets and threatened to cancel Boeing's contract.

Trump didn't make drug prices a major part of his campaign, although he has vowed to repeal and replace the Affordable Care Act -- "Obamacare" -- with something more palatable to the healthcare industry. Controlling drug prices is an essential part of forging an affordable care plan, whatever it is called and however it is financed.

It has not escaped notice that Trump has previously said that consumers should be allowed to import drugs from Canada and other countries where they are cheaper than in the U.S. He has also spoken favorably of having Medicare negotiate drug prices directly with manufacturers, as the Veterans Administration already does.

Interestingly, those ideas are stridently opposed by many Republicans, most notably including Rep. Tom Price, the Georgia congressman Trump has chosen to lead the Department of Health and Human Services, which manages Medicare and the Affordable Care Act.

Health insurance companies are trapped in the middle of the debate. They are regularly excoriated for rising premiums and declining coverage but have begun speaking out publicly, warning Washington that without government support, it will not be possible to continue providing coverage to low-income Americans.

America's Health Insurance Plans, a leading industry trade group, cautioned yesterday that insurers are already losing money in many of the Obamacare state exchanges because of high costs and lower than expected enrollment by younger, healthier consumers. If Obamacare is repealed without a replacement, some 22 million Americans could be left without health coverage.

"Health plans continue to work to protect their customers from these increasing drug prices. Through cost sharing limitations and more comprehensive coverage, health plans are working hard to ensure that consumers continue to have affordable access to their prescriptions," the group said in a blog posting.

"With no end in sight for skyrocketing drug prices, health care providers and consumers will continue to ask the pharmaceutical industry: When will they become part of the solution to this huge problem?" AHIP asked.