'A fraud upon the people of the state of New York,' attorney general charges 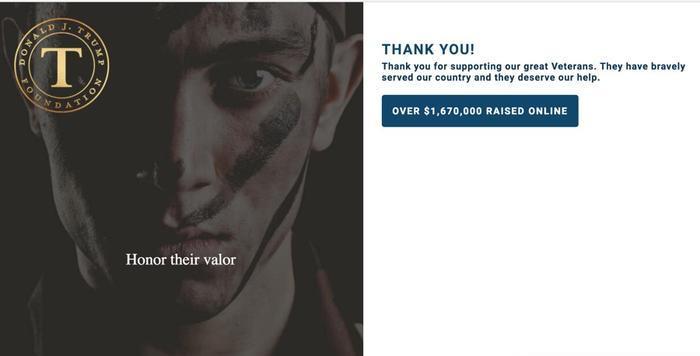 As if income tax questions and tiffs with Venezuelan beauty queens weren't enough, Donald Trump is on the wrong side of a stinging rebuke from New York Attorney General Eric Schneiderman.

The letter, technically a "Notice of Violation," states that the Trump Foundation “is in violation of section 172 of Article 7-A New York's Executive Law, which requires charitable organizations that solicit contributions in New York State to register with the Charities Bureau and to provide annual financial reports and annual audited financial statements,” Schneiderman's office said today.

The notice directs the Trump Foundation to “immediately cease soliciting contributions or engaging in other fundraising activities in New York” and “to provide the [AG's] Charities Bureau with the information specified in Section 172 within fifteen (15) days” of receiving the notice.

“The failure immediately to discontinue solicitation and to file information and [the required] reports shall be deemed a fraud upon the people of the state of New York,” said James Shaheen, chief of the Charities Bureau.

Ultimately, the Trump Foundation could be required to return money it has raised illegally.

Schneiderman successfully sued Trump in 2014, charging he was personally liable for running Trump University without a license. Schneiderman accused Trump of defrauding students of $40 million.