Not every industry wants to overturn every regulation 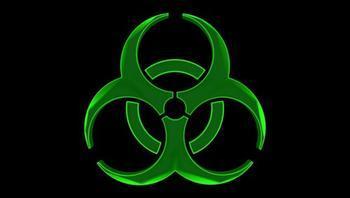 In its campaign to freeze or overturn regulations put in place by the previous administration, the Trump administration has said it has acted to free businesses from unproductive rules that have slowed economic growth.

While many businesses and trade groups have cheered that approach, not all have. A group of corporations and trade associations has sent a letter to Transportation Secretary Elaine Chao, asking that the Department of Transportation (DOT) quickly unfreeze a rule that would address the transport of hazardous materials (hazmat).

The reason? Because the new rules align the United States with international rules governing hazmat transport that took effect at the beginning of the year.

Aligns the U.S. with international standards

The plea was prompted by Trump's regulatory freeze that halted DOT's Pipeline and Hazardous Materials Safety Administration final rule that had already been published in the Federal Register. The letter says U.S. firms had already taken steps to implement it.

"Its promulgation will not create any new risks in transport," the letter said. "In fact, it will ensure the U.S. hazardous materials regulations maintain alignment with international standards, thus assuring safety and avoiding disruptions to supply chains."

The 22 corporations and trade associations signing the letter said it is critically important to avoid supply chain disruptions, which they said would negatively affect "manufacturers, retailers, wholesalers, exporters, importers, carriers, and industries."

The signers said the regulation is consistent with the industry's long-standing endorsement of linking U.S. rules on hazmat transport with the rest of the world.

"Harmonization avoids confusion among shippers, carriers and others in the logistics chain, maximizes safety, and reduces costs for U.S. businesses," the letter explained.

A diverse selection of industries participated in the appeal. They include airlines, companies that produce batteries and electronic products, makers of outdoor equipment and power tool manufacturers, the security industry, shippers of dangerous goods, and fire arms and ammunition manufacturers.

While some industries might want to relieve themselves of government regulations, George Kerchner, director of the association representing the rechargeable battery industry, said his members are ready to meet the tougher new standards.

Having different standards than the rest of the world, he says, creates a "fog of confusion" that would actually result in undermining safety.