Debate over costs marked by lots of finger-pointing 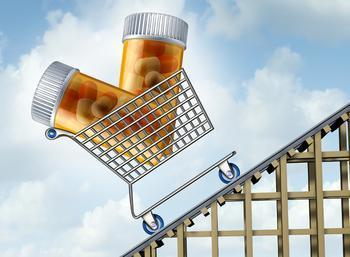 Doctors were among the first to sound the alarm over high prescription drug prices.

In 2015 doctors at the University of Texas MD Anderson Cancer Center concluded that most of the preferred drugs used to treat blood cancers are too expensive to even be considered cost-effective. Since then, a number of health organizations have joined a concerted effort to roll back prescription drug prices.

The Florida Society of Rheumatology, New York State Rheumatology Society, and California Rheumatology Alliance this week became the newest members of the Alliance for Transparent & Affordable Prescriptions (ATAP). Specifically, the group is focusing on the role of pharmacy benefit managers (PBMs) in escalating drug prices.

ATAP charges PBMs with increasingly absorbing drug rebates and discounts so that patients rarely benefit from the savings.

PBMs, meanwhile, deny they are responsible for the higher drug costs consumers pay. The Pharmaceutical Care Management Association (PCMA) released a report earlier this month it said demonstrated that drug prices rise, regardless of whether they have rebates or not.

“This study definitively shows that drugmakers set and raise prices unrelated to the rebates they negotiate with PBMs,” said PCMA CEO Mark Merritt. “In fact, many high-priced drugs like Sovaldi, which initially cost $84,000, involved no rebates until other competitors came to market.”

The conflict between drug companies and PBMs has sharpened as the debate over drug prices has intensified. It became an issue last year when Mylan CEO Heather Bresch, testifying before Congress, blamed PBMs for steep price hikes for the EpiPen, a charge PBMs hotly denied.

"The Donald Trump who promised to make medications more affordable, ease Americans’ pain and take on the giant corporations is nowhere to be seen," Maybarduk said in a statement. "Instead, the draft Trump executive order, formed in significant part by pharma lobbyist Joe Grogan, would increase profits at the expense of patient safety while failing to reduce costs – and even potentially raising them."

Maybarduk says the government should authorize generic competition with unattainable patented drugs as a way to reduce costs for public health programs.