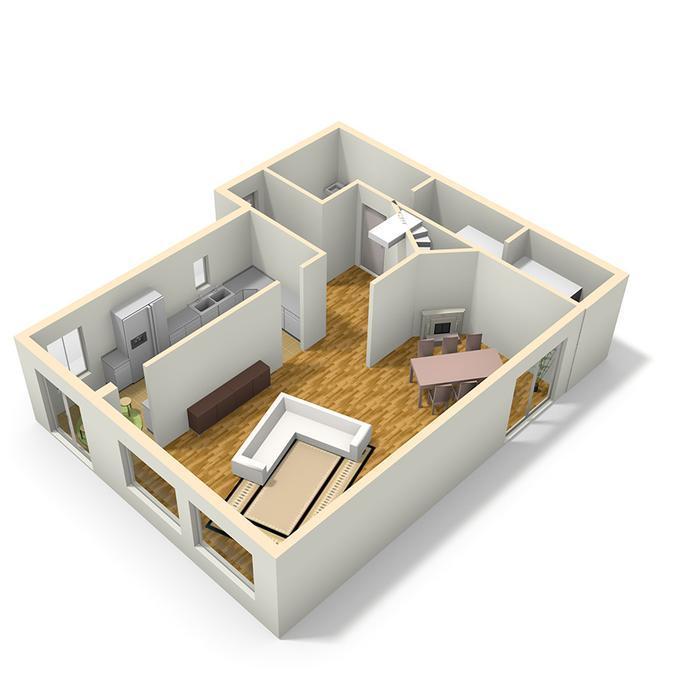 Scanning the real estate horizon for a larger home? The extra square footage might cost more than you think.

According to a recent study by Zillow, families moving from a two-bedroom to a three-bedroom home in the same zip code can expect to spend an additional $447 per month ($5,364 per year) on their mortgage.

Leaving a one-bedroom home for a two-bedroom home will cost buyers an extra $192 per month, while upgrading from three to four bedrooms will cost $612 more per month. And move-up buyers may face even higher costs in pricey housing markets, such as those along the California coastline.

Trading up to a larger home comes with the highest price tag in San Jose, California. The study found that moving from a two-bedroom home to a three-bedroom home in this city costs families an additional $2,224 per month.

“Those in hot, coastal markets could expect to spend upwards of $500 more per month,” the report stated. “In the notoriously expensive California markets of Los Angeles, San Francisco, and San Jose, high and rapidly growing home values likely weighed heavily on the cost of moving up.”

The cost of moving up isn’t usually as steep for buyers in the Midwest, South, and Southwest. In Chicago, Cincinnati, and St. Louis, families can expect to spend just $150 more on their monthly mortgage when upgrading from a two to a three-bedroom home.

Cost of an extra bathroom

Buyers on a quest for an additional bedroom might also desire another bathroom. However, a home's bathroom count can also impact its price.

In its Cost of Moving Up Analysis, the real estate listings website noted that upgrading to a house with the same number of bedrooms, but with one extra bathroom, can cost buyers between $386 and $838 more per month.

"While deciding whether to move is a personal choice, understanding how certain characteristics like size, location, or number of beds and baths, can impact a home's price can be hugely important when determining if a particular home is the right fit for you and your family," said Svenja Gudell, Zillow chief economist.