It isn't coming up with the down payment 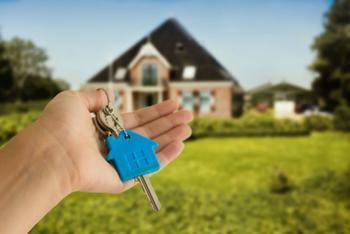 The first number is 13, as in an additional 13% of consumers were actively shopping for a new home last month. The second number is five – there are 5% fewer homes available for sale.

The result of those two numbers, says realtor.com's chief economist Jonathan Smoke, is an ever-tighter housing market that is pushing up home prices. Prices are rising, he says, because demand far outpaces supply.

Writing on the real estate website, Smoke says this is the most active real estate market since 2007, just before the crash. In a survey on realtor.com, 40% of would-be buyers said the biggest obstacle they faced was finding a house that fit their needs.

But is it really a seller's market?

That would seem to make it a seller's market, and indeed if you are trying to sell a house, you are likely to be in a strong position. If you own a highly desirable property, you could even find yourself choosing from multiple offers.

But Smoke says this market also presents problems for sellers. That's because sellers usually turn around and become buyers, facing the same problems other buyers encounter.

“We estimate that currently 90% of sellers also intend to buy, so clearly whether the purchase needs to come before or simply close to the current home’s sale, not being able to find a home is limiting both demand and supply,” he writes.

Sales total should be higher

Smoke believes home sales would be even higher this summer if there were more homes for sale. That view is borne out in the most recent pending home sales numbers, which came in lower than expected in May.

The National Association of Realtors' Pending Home Sales Index plunged 3.7% to 110.8 in May from a downwardly revised 115.0 in April and is now slightly lower than May 2015. It was the first year-over-year decline since August 2014.

NAR's chief economist Lawrence Yun says demand was firm and homes sold at a faster rate, but there just weren't enough of them. He says a big increase in closings in the early spring put a sizable dent in the inventory, ultimately dragging down contract activity.