The safety group put alternative power vehicles through the paces 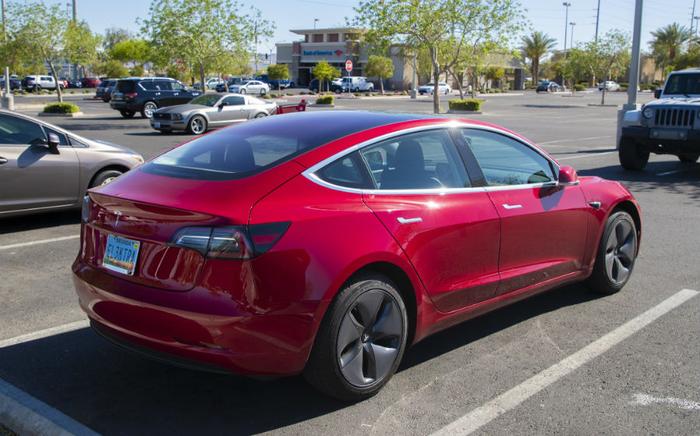 The Insurance Institute for Highway Safety (IIHS) has named the Tesla Model 3 as one of its TOP SAFETY PICK+ choices for 2019, the brand’s first such recognition.

IIHS made a point of reviewing and testing vehicles with alternative power sources, including the Audi e-tron, the only other plug-in to earn a TOP SAFETY PICK+ designation. The electric Chevrolet Bolt missed the cut because the glare from its headlights subtracted too many points.

"Vehicles with alternative powertrains have come into their own," IIHS Chief Research Officer David Zuby says. "There's no need to trade away safety for a lower carbon footprint when choosing a vehicle."

It must also feature an available front crash prevention system with an advanced or superior rating and good- or acceptable-rated headlights.

The TOP SAFETY PICK+ award is the top available classification. To earn it, vehicles must get  good ratings in the passenger-side small overlap test and the headlight evaluation.

IIHS says the Model 3 got good ratings across the board for crashworthiness. The standard front crash prevention system was rated superior, avoiding collisions in both the 12 mph and 25 mph IIHS track tests. The headlights earned a good rating.

IIHS says the vehicle’s structure was impressive in the organization’s driver-side small overlap front test, which proves a challenge for many vehicles that are subjected to it.

The Chevy Bolt did well in IIHS’ crashworthiness tests. It picked up mostly good ratings, but it emerged from the passenger-side small overlap test with only an acceptable rating. The acceptable rating would not have prevented the Bolt from getting the top safety designation, but its headlights were judged to put off too much glare in the face of oncoming traffic.

The Hyundai Nexo has the distinction of being the first hydrogen fuel cell vehicle to earn an award from IIHS over the summer. Like the Model 3 and the e-tron, the Nexo, a midsize luxury SUV, qualified for TOP SAFETY PICK+ based on standard equipment.