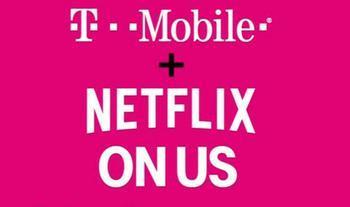 Wireless providers are constantly trying to outdo each other with the deals they offer in order to draw in more customers. In an effort to stand out, T-Mobile has announced that consumers who sign up for at least two lines on an unlimited plan will also get a Netflix subscription, according to a Bloomberg report.

The move was announced in a video Wednesday by T-Mobile CEO John Legere, who said the new partnership represents a coming together of video and mobile services.

A standard Netflix video-streaming service currently costs consumers around $10 per month, but subscribers will be able to access it at no extra charge under the new offer. T-Mobile says that plans with two lines costing $120 per month, including taxes and fees, will be eligible for the promotion.

However, experts say that the carrier's business approach could end up costing it in the long-run. Analyst Roger Entner with Recon Analytics LLC said that the carrier has been “prioritizing growth over profitability” and that the new giveaway is indicative of an industry that is currently more interested in adding more features to draw customers in rather than lowering prices.

All of that won’t be any skin off Netflix’s nose, though, as it will most likely only gain from the deal, according to analyst Walt Piecyk of BTIG LLC.

“With T-Mobile now paying the monthly bill, the risk of seasonal churn and hence higher revenue growth for Netflix is clear,” he said on Wednesday. “The marketing dollars that T-Mobile will spend promoting this offer will also be a clear benefit to cementing Netflix as one necessary source of content in the future of consumer consumption.”

Consumers can learn more about the offer by visiting T-Mobile’s site here.