Only 48 percent of U.S. workforce increased their income in the last year 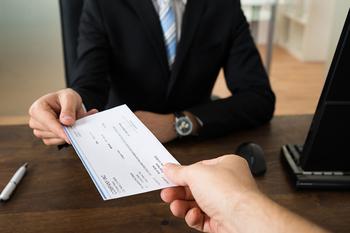 As the economy improves and stock market hits record highs, one might expect an uptick in pay raises. Unfortunately, a new survey from Bankrate.com shows that only 48 percent of employees got a raise, bonus, or higher-paying job over the last 12 months.

The Bureau of Labor Statistics (BLS) puts those numbers in perspective when it measures earnings against the cost of living. It reported this week that real average hourly earnings for all employees actually went down 0.1 percent from September to October.

The decrease is entirely due to wages staying stagnant and the cost of living, as measured by the Consumer Price Index (CPI), going up 0.1 percent. Average earnings were up slightly on a year-over-year basis.

Bruce McClary, vice president for communications at the National Foundation for Credit Counseling (NFCC), says the recent growth in the private sector economy has been a big win for top-performing employees who are being rewarded for their efforts and who are advancing their careers.

But he notes that sudden increases in income can create a challenge, tempting the employee to increase spending at the expense of savings.

"All too often, the temptation is to spend more when income and job stability increase," McClary told ConsumerAffairs. "We are already seeing an upward creep in credit card delinquency rates at the same time as revolving credit balances are also on the way up."

The New York Federal Reserve reported this week that credit card and auto loan delinquency rates increased in the third quarter. At the same time, total household debt increased by $116 billion to $12.96 trillion in the three month period.

"High interest debt has a dampening effect on the growth of savings, a key factor in financial stability," he said. "Prioritize the payoff of debt that carries the highest interest and fees so those payments can be added to your savings when that debt is out of the way."

In the end, consumers trying to cut expenses are better off focusing on budget adjustments that are sustainable. That means the most effective cuts may seem modest but will pay off over time.

"The biggest cuts may not be as beneficial over the long term if they cause greater pressure in other spending categories or lead to unacceptable quality of life issues," McClary said.