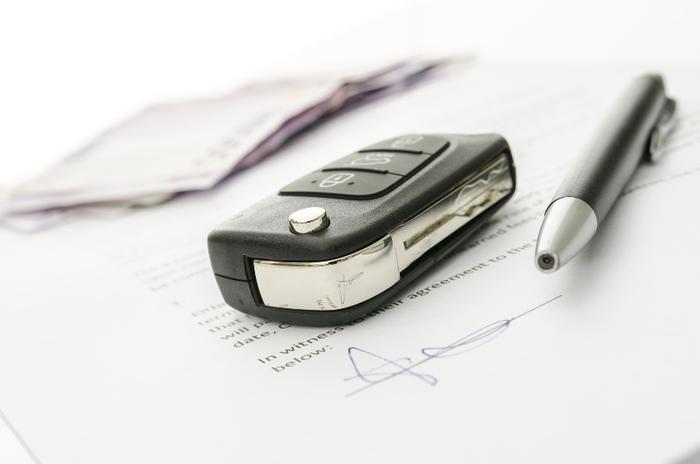 Consumer advocates hate them. Personal financial advisors and debt counselors warn consumers to avoid them like the plague. We're talking about subprime auto loans, especially the ones that stretch payments over seven years.

So if everybody hates them so much, why are they so popular? The obvious answer is that consumers like them. So do car dealers. And loan companies.

Face it -- cars are expensive. It's hard to find anything with four wheels and an engine for less than $35,000 or so. If you're working one or two low-paying jobs, that may be more than you bring home in a year.

A used car is the obvious answer but most consumers have had bad experiences with used cars and prefer to avoid them.

Enter the 84-month car loan. Yep, seven long years of payments. They sound good. After all, you can get a more expensive car than you'd be able to afford otherwise even though the monthly payment may be less than it would be if you bought a cheaper car with a five-year loan.

There's a catch, of course. You'll pay more -- a lot more -- over the life of the loan and you'll likely spend more on maintenance in the latter years as the car turns slowly into a fledgling antique.

We went to Bankrate.com's online calculator to look at a couple of scenarios. Let's say your credit score's not great so you get stuck with a 10 percent loan. You have a trade-in that's worth $5,000, leaving $30,000 to finance.

On a five-year loan, you'll have a stiff monthly payment of $637. But hey! Extend it to seven years and the payment magically goes down to $498. 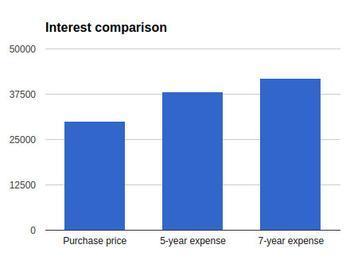 While a lengthy loan may not sound "subprime" -- meaning high-risk -- think about it a minute: Seven years is a long time. Lower-income consumers can lose their job, fall ill, get divorced or suffer some other misfortune that causes them to fall behind on their payments. (The rest of us can too, although we may be better able to recover quickly).Quite simply, other than being skinned alive in interest costs, the fear is that long-term subprime car loans will do to the economy what subprime, variable-rate mortgages did just a few short years ago -- tank it.

And although cars are lasting longer than ever, there's always the possibility that after seven years, the thing will need frequent and expensive repairs.

Keep in mind that repossession is a lot simpler and faster than it used to be. Many lenders are equipping their cars with GPS and software that allows them to shut the car down if the borrower tries to take it out of the country or stops making payments. You could be stuck in Mexico with no car.

While you may not have much sympathy for lenders -- or for low-income consumers for that matter -- you should worry about this anyway. A massive number of defaults could spell big trouble for the economy, putting us back into the subprime-caused recession that we're still trying to climb out of.

So far, only a few lenders have been offering 84-month loans. Ford, Volvo and Nissan's captive finance companies have all stayed away from them, partly because the automakers want to sell you a car more often than every seven years.

Chrysler began offering zero percent 84-month loans in some parts of the country last year, Cars.com reported. Nationwide Insurance and several other insurers are doing the same. Credit unions are also getting in on the act in a big way.

Not everyone thinks this is a huge problem. For one thing, most lenders report writing a very small percentage of seven-year loans, and they say most long-term loans are going to consumers with credit scores above 680, which is considered prime by most lenders.

At a recent conference, Cristian deRitis, a senior director at Moody’s Analytics, noted the small percentage of ultra-lengthy loans and said it was encouraging that credit unions were making many of the loans, Automotive News reported. Credit unions tend to have fewer delinquencies than commercial lenders and are generally regarded as being relatively conservative in their lending practices.

Obviously, everyone's situation is different. Consumers who drive a lot, whether because of long commutes or because they use their car or truck in their work, may save money in the long run by buying a new fuel-efficient vehicle, even if it does mean they pay an extra year or two of interest.

You can't make a similar argument, though, for buying a sports car or luxury vehicle. That's like the under-employed consumer who buys a big expensive house on a variable-rate mortgage. We remember how that turned out.