Study suggests worries about impact of 'fake news' are overblown 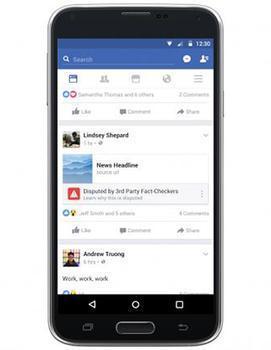 A Michigan State University (MSU) study, funded by Google, suggests concerns over "fake news" and the influence it might have on democracy, are a bit overstated.

The study, which included researchers from Oxford University and the University of Ottawa, surveyed 14,000 internet users in the U.S., UK, France, Poland, Germany, Italy, and Spain.

The whole concept of fake news took on a life of its own during the 2016 presidential election, when both sides pointed to what they said were completely fabricated stories showing up in social media news feeds. The issue has prompted some social media and search companies, including Google, to undertake a review of stories that appear in news feeds.

William Dutton, director of MSU’s James and Mary Quello Center in the College of Communication Arts and Sciences, says the objective was simple. The researchers wanted to determine whether the political information that appears in searches and news feeds aids or undermines the democratic process.

While there are minor variations by country, Dutton and his colleagues conclude that worries about the effect of fake news are "unwarranted."

“The results from our study show that internet users interested in politics tend to be exposed to multiple media sources, to discover new information, to be skeptical of political information and to check information, such as that seen on social media, by using search,” Dutton said. “These findings should caution governments, business and the public from over-reacting to alarmist panics.”

The researchers said they found internet searches usually exposed users to diverse information, not just information that a search algorithm concludes they wanted to read.

Despite the view that a polarized electorate increasingly is exposed to information that confirms their own views, Dutton said the researchers found something different. They found users increasingly used search to fact check information they find online.

Content classified as fake news generally falls into two categories. There is fabricated information planted by someone with a political agenda. There is also sensational "news" stories designed to entice readers to click on a link. These stories may stretch the truth, or be totally made up, but they are more like the yellow journalism of the early 20th century, where selling papers was the motive.