Study finds being nice to employees pays dividends for employers 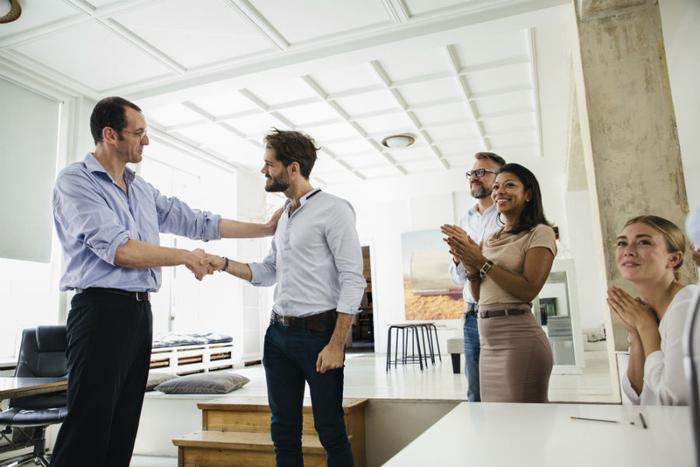 A new study shows that employers reap what they sow when it comes to treating their employees well.

Researchers from Binghamton University (BU) found that employers who are kind to their employees see better job performance. The team points out that being a benevolent boss can change how workers see you and encourage them to put in more effort when it comes to improving their quality of work.

“The findings imply that showing personal and familial support for employees is a critical part of the leader-follower relationship,” said Shelley Dionne, one of the study’s contributors. “While the importance of establishing structure and setting expectations is important for leaders...help and guidance from the leader in developing social ties and support networks for a follower can be a powerful factor in their job performance.”

To come to their findings, Dionne and her colleagues surveyed 200 U.S. working adults and 1,000 military members to get a sense of the different leadership styles that were implemented most often. They found three dominant styles:

The researchers found that the authoritarian leadership style was most strongly associated with negative results for job performance. Meanwhile, the benevolent leadership style was almost always associated with positive impacts on job performance. Interestingly, the paternalistic style matched the benevolent style when it came to positive outcomes.

The researchers say the main takeaway of the study is that it is important for employers, bosses, and leaders to focus on the well-being of workers and followers to get the best results for performance. Not doing so, they say, can only lead to negative consequences.

“Subordinates and employees are not tools or machines that you can just use. They are human beings and deserve to be treated with respect,” said Chou-Yu Tsai, an assistant professor of management at BU. “Make sure you are focusing on their well-being and helping them find the support they need, while also being clear about what your expectations and priorities are.”

The full study has been published in The Leadership Quarterly journal.