Says it will cost U.S. consumers $100 billion a year 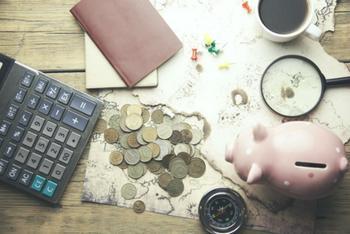 Steve Forbes is no stranger to either economics or politics. His name is associated with one of America's preeminent business publications. He sought the GOP presidential nomination in 1996 and 2000.

So it turns out Forbes has some definite ideas about his party's proposed border adjustment tax, which he shared during an appearance on CNBC's "Squawk Box."

He points out a number of problems with the tax, but says first and foremost that it will end up punishing consumers to the tune of $100 billion a year. It's not a direct tax on consumers, but Forbes said it will make things imported into the U.S. more expensive; since the companies aren't going to absorb the tax, they're going to add it to the price of goods.

Forbes points out such a tax would hurt middle class consumers the most, the very people who voted for Donald Trump. Bad economics and bad politics, he said.

Backers of the border tax say it's part of an overall package to reform corporate taxes, lowering the rate businesses pay. They say the result would be a stronger dollar, meaning importers wouldn't have to raise prices, or if they did it wouldn't be my much.

The Trump administration, meanwhile, has not firmly committed to the idea, with White House officials saying a wide range of economic options are still being considered.

How a border tax would work

Under a border adjustment tax, U.S. companies would not be able to write off the cost of imported goods, which would make those goods more expensive and reduce the incentive to import them. At the same time, they would pay no taxes on the goods they export to other countries.

Republicans in Congress initially embraced the idea because of the money it would raise, which could be used to offset the losses in revenue from cutting the corporate tax rate.

Late last week, Business Insider reported that some GOP lawmakers have begun walking back their enthusiastic support for the border tax, worried that it could harm specific industries. U.S. retailers, oil refiners, and auto manufacturers are among the industries that have spoken up against it.