Spoiler alert: some of the food in your fridge may be bad 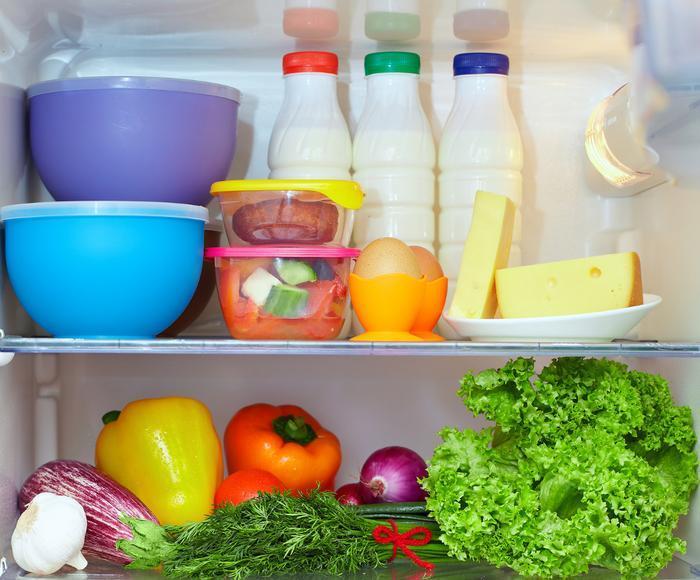 It tends to be a problem shared by single guys and older women who live alone: food can stay in the refrigerator for weeks – maybe months. Despite the heavy presence of preservatives, sooner or later it's going to go bad. But how can you tell?

Scientists presenting a paper at the American Chemical Society (ACS) National Meeting this week say they have developed a color-coded smart tag that would tell consumers whether a carton of milk has turned sour or a can of green beans has spoiled. The consumer would know with just a glance, without opening the containers.

“This tag, which has a gel-like consistency, is really inexpensive and safe, and can be widely programmed to mimic almost all ambient-temperature deterioration processes in foods,” said Chao Zhang, the lead researcher of the study.

Zhang believes the tags could solve a lot of problems, both for grocery stores and for the consumers who shop in them. If a product is near the sell-by date but the tag indicates it's okay, the consumers might feel more confident buying it.

Another advantage, Zhang said, is that even when manufacturers, grocery-store owners and consumers do not know if the food has been unduly exposed to higher temperatures, which could cause unexpected spoilage, “the tag still gives a reliable indication of the quality of the product.”

The tags are small and unobtrusive and would appear in various color codes on packaging. ACS has produced a video showing how they work.

Any food will go bad after a certain length of time. Obviously, fresh food like meet, fish and dairy will spoil more quickly than processed food that contains preservatives.

Eating food that has spoiled is a significant cause of food poisoning in the U.S. Dairy products or food containing mayonnaise, such as coleslaw or potato salad, that have been out of the refrigerator too long are subject to spoilage. Frozen or refrigerated foods that are not stored at the proper temperature can spoil, creating bacteria that can make you sick.

Children and the elderly are particularly vulnerable. According to doctors at the University of Minnesota Medical Center, children under two will display food poisoning symptoms one to 24 hours after eating spoiled food.

There have been a number of previous attempts to develop products that will indicate whether food has spoiled. At a previous ACS meeting, John Lavigne, an assistant professor of chemistry at the University of South Carolina, unveiled a sort of dipstick -- a polymer sensor that detects the breakdown products of proteins that are a a strong indicator of food spoilage.

Zhang and his team say their smart tag has the advantage of giving the consumer information about the freshness of a particular product, not just whether it has spoiled. They say over time, the tag changes its color to orange, yellow and later green, which indicates the food is spoiled.