Soylent withdraws its snack bars after reports of ill effects

Customers say the recently-introduced bars made them sick

Anyone who's seen the 1973 film "Soylent Green" might wonder why a prepared food company would name itself Soylent, but that's what a Bay Area start-up did.

Soylent makes drinks, food powder, breakfast bars, and snack bars that promise to supply not just nutritients but "macronutrients." Instead, the snack bars, introduced just a few months ago, have been causing macroproblems as customers report the bars made them sick.

The company has responded by withdrawing the bars while it investigates and is offering refunds to its subscribers.

"After hearing from our customers, we immediately began investigating the cause of the issue and whether it was linked to a problem with the Bars. So far we have not yet identified one and this issue does not appear to affect our other drinks and powder," the company said in a statement on its website. 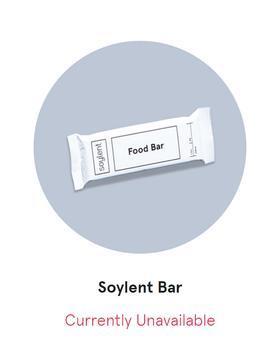 Like several other meal replacement companies, Soylent claims its products are not just snacks but meal replacements -- enough to live on, in other words. Maybe that's why it says they supply "macronutrients."

We looked up macronutrients and here's what we found:

a substance required in relatively large amounts by living organisms, in particular.

So, a macronutrient is something you have to eat a lot of -- like, uh, food. What we guess they're trying to say is that Soylent bars, liquids, and powder aren't just sugar and food coloring but actually the stuff of life, so to speak.

Could be, although the bars are not the only Soylent products that have come in for their share of criticism. Brian Merchant, a reporter for Motherboard, set out to live on the stuff for a month.

"It was my second day on Soylent and my stomach felt like a coil of knotty old rope. I wasn’t hungry, but something was off. I was tired, light-headed, low-energy, but my heart was racing," Merchant wrote. "I had twenty-eight days left of my month-long all-Soylent diet—I was attempting to live on the full food replacement longer than anyone besides its inventor—and I felt woozy already."

Soylent is -- what else? -- a venture-backed company started by a 25-year-old, Rob Rhinehart, a software engineer who tried to apply his skills to basically reverse-engineering food.

The result is a powder that Merchant said "tasted like granular baby formula that was somehow simultaneously sugary and salty. Previous tasters had compared it to semen, which made sense, and so did the nods to cake batter and uncooked oatmeal."

Could you live on the stuff? Opinions differ, but the consensus seems to be that you could but why would you want to? Eating is, or at least is supposed to be, at least mildly pleasurable and often provides an opportunity for social interaction. Choking down a chalky substance might not be macro enough for many consumers.