Some Arkansas smokers are in for some cash 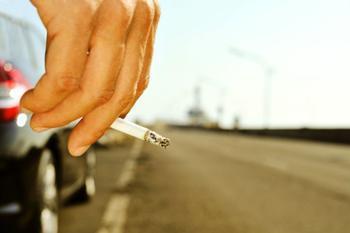 If you lived in Arkansas between November 1, 1971 and June 22, 2010, and purchased Marlboro Light or Marlboro Ultra Light cigarettes, you could have some money coming to you.

Philip Morris has reached a $45 million settlement with the state, which charged the company deceptively marketed the cigarettes as healthier than regular cigarettes. Philip Morris denied any wrongdoing, and the court did not decide who is right.

Eligible consumers who make up the class will be compensated by how many packs they purchased. It works out like this:

The court says the final value of an individual claim may be more or less, depending on the number of claims filed.

You can file claims online

The claims will be administered by the Circuit Court for Pulaski County, Ark., which says class members can file a claim online at www.MarlboroLightsClass.com. While there, you can also download a claim form or call the toll-free number or request one by mail. Claims must be filed online no later than midnight Central Time on December 1, 2016.

The settlement heads off the planned trial in the state's lawsuit that accused the tobacco company of violating Arkansas's Deceptive Trade Practices Act. What has yet to be determined is how class members will prove their claims of purchasing the brands during the stated time periods.

The suit was one of the last remaining pieces of litigation aimed at tobacco companies, which signed a massive settlement with the states in the 1990s. The settlement sharply limits how cigarettes can be marketed and sold in the U.S.