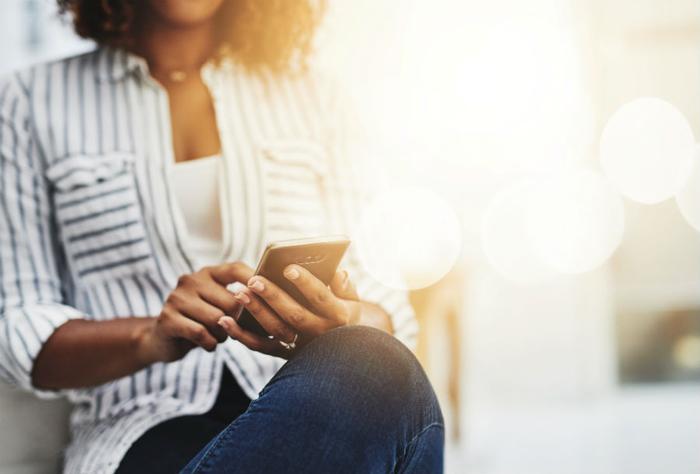 New research suggests that we’re not addicted to smartphones, but are addicted to the social interaction they can help facilitate.

After reviewing literature on the dysfunctional use of smart technology, researchers from McGill University suggested that “there is nothing inherently addictive about mobile technology.” Rather, it’s the reward of connecting with others that paves the way to addictive relationships with smartphones.

The study suggested that people who can’t seem to look away from their smartphone may be “hyper-social,” not anti-social as some may think.

Humans evolved to be a uniquely social species and require constant input from others to seek a guide for culturally appropriate behavior, as well as find meaning, goals, and a sense of identity.

While smartphones can satisfy a healthy need for socialization, the speed and scale of hyper-connectivity can “be hijacked to produce a manic theatre of hyper-social monitoring," said Samuel Veissiere, Professor at the McGill University in Canada.

The study authors said there is "nothing abnormal” about seeking self-worth through other people’s point of view. However, when the brain’s reward system is forced into overdrive due to smartphone use, that can lead to unhealthy addictions.

"There is a lot of panic surrounding this topic," says Professor Veissière. "We're trying to offer some good news and show that it is our desire for human interaction that is addictive -- and there are fairly simple solutions to deal with this."

The study, for example, recommends turning off push notifications and setting up appropriate times to check your phone. Workplaces can adopt policies "that prohibit evening and weekend emails,” the researchers said.

"Rather than start regulating the tech companies or the use of these devices, we need to start having a conversation about the appropriate way to use smartphones," Veissière said. "Parents and teachers need to be made aware of how important this is."

The full study has been published online in Frontiers in Psychology.