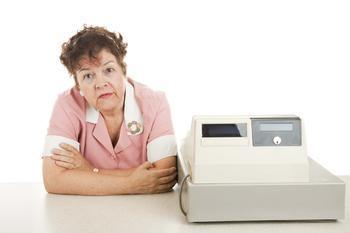 Six major retailers have agreed to stop using "on-call" shift scheduling following an investigation by a multi-state coalition of attorneys general, who said the agreement will benefit about 50,000 workers nationwide.

The retailers' employees will no longer have to call their employer – typically an hour or two before a scheduled shift – to find out if they will be assigned to work that day. The agreements are the latest in a series of national agreements secured by the New York Attorney General’s office to end on-call scheduling at a number of major retailers.

“On-call shifts are not a business necessity and should be a thing of the past. People should not have to keep the day open, arrange for child care, and give up other opportunities without being compensated for their time,” said Attorney General Eric T. Schneiderman. “I am pleased that these companies have stepped up to the plate and agreed to stop using this unfair method of scheduling.”

The companies are Aeropostale, Carter’s, David’s Tea, Disney, PacSun, and Zumiez. In addition to ending the use of on-call shifts, four of the companies --  Carter’s, Disney, David’s Tea, and Zumiez – all committed to providing employees with their work schedules at least one week in advance of the start of the workweek, allowing employees to plan ahead to cover child care and other obligations.

The collaboration among the attorneys general stemmed from their collective concern about the impact of on-call shifts on employees and their families, as well as the national scope of the retail companies involved, Schneiderman's office said.

New York State has a “call in pay” regulation that provides, “An employee who by request or permission of the employer reports for work on any day shall be paid for at least four hours, or the number of hours in the regularly scheduled shift, whichever is less, at the basic minimum hourly wage.”

In 2015, as a result of an inquiry by Schneiderman into on-call scheduling, brands including Abercrombie & Fitch, Gap, J.Crew, Urban Outfitters, Pier 1 Imports, and L Brands (parent company of Bath & Body Works and Victoria’s Secret) all agreed to end the practice.

The letters to the companies involved in the current agreement were signed by representatives of the attorneys general of California, Connecticut, the District of Columbia, Illinois, Maryland, Massachusetts, Minnesota, New York, and Rhode Island.