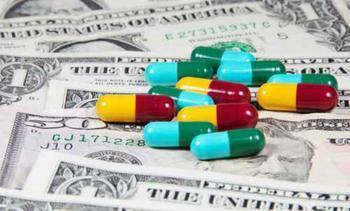 Democratic members of the U.S. Senate have introduced a bill that would impose financial penalties on drugmakers that jack up the price of prescription drugs.

The lack of Republican co-sponsors in the GOP-controlled Senate, however, does not suggest an easy road to passage. Still, high drug prices is an issue that has gotten attention from both sides of the aisle, especially during last fall's campaign.

The consumer group Public Citizen hailed the proposed legislation, saying it's time to stop talking about high drug prices and do something about them.

“This bill is the cure for the epidemic of pharmaceutical price spikes that is leading to the rationing of treatment from the EpiPen to the opioid antidote Evzio,” said Robert Weissman, president of Public Citizen.

Earlier this year Public Citizen surveyed major pharmaceutical firms and said only 14% would commit publicly to limiting annual price hikes for existing drugs to less than 10%.

The group says Pfizer has raised the price on more than 90 medications by more than 20% so far this year. It says nearly 28 million U.S. consumers have reported increasing it their prescription medication in the last 12 months.

“Too many Ohioans still struggle to afford the medicine they need, and often, the culprit is price gouging by big pharmaceutical corporations," Brown said. "It has to stop."

Gillibrand said the bill, if passed, would impose stiff penalties on drug companies that engage in price gouging. Drug companies would also be required to justify price increases over a certain amount.

Oddly, Democrats who agree on almost nothing with President Trump, may be on the same page as the White House -- or at least in the same book. As we reported earlier this week, the White House is reportedly drafting an executive order instructing executive agencies to use value-based contracts for drug purchases, while also protecting the intellectual property rights of drug companies abroad.