Self-driving Bolts rolling off the line at GM's Orion plant 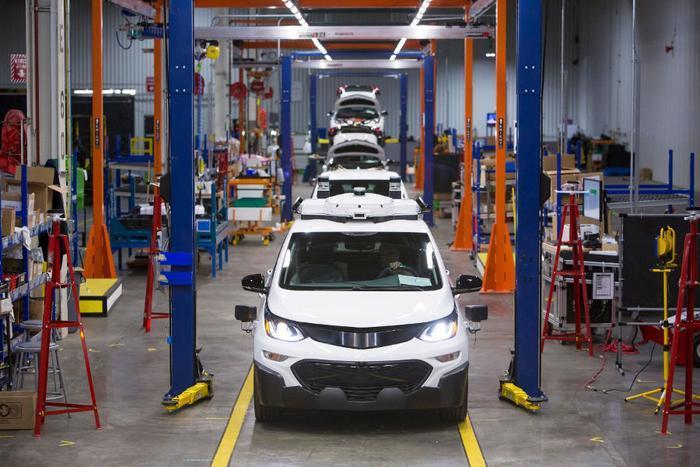 Self-driving Chevrolet Bolt EVs are rolling off the assembly line at General Motors' Orion Assembly Plant in Michigan. GM says that makes it the first company to assemble self-driving cars in a mass-production facility.

The second-generation, all-electric hatchbacks will join more than 50 first-generation self-driving Bolts already on the streets of San Francisco, Scottsdale, Ariz., and metro Detroit.

“This production milestone brings us one step closer to making our vision of personal mobility a reality,” said GM Chairman and CEO Mary Barra. “Expansion of our real-world test fleet will help ensure that our self-driving vehicles meet the same strict standards for safety and quality that we build into all of our vehicles.”

Building a handful of cars and driving them around in a few warm-weather locales doesn't do the trick, GM executives said, throwing shade on Google, Uber, and a handful of other companies that have small test fleets.

“To achieve what we want from self-driving cars, we must deploy them at scale," said Cruise Automation CEO Kyle Vogt. "By developing the next-generation self-driving platform in San Francisco and manufacturing these cars in Michigan, we are creating the safest and most consistent conditions to bring our cars to the most challenging urban roads that we can find.”

GM is also building non-autonomous Bolts and the Chevrolet Spark at the Orion plant.