Parents should be most concerned about infants and toddlers 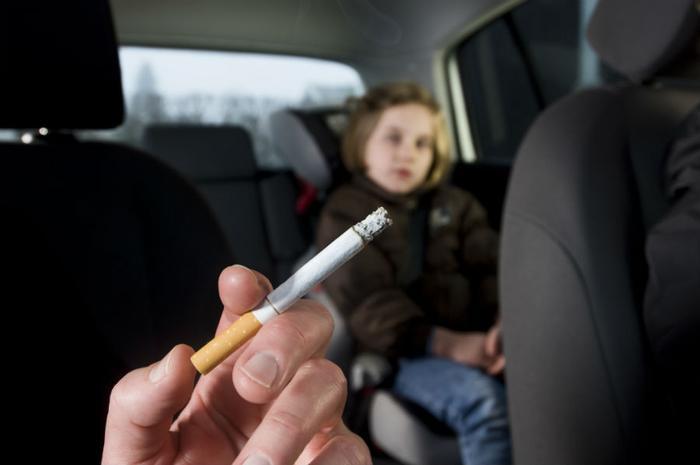 Children are oftentimes most affected by second- or third-hand smoke, as they aren’t the ones lighting up themselves but are touching or breathing in the remnants of other people’s cigarette smoke.

Now, researchers from Penn State University say that children living in rural or low-income areas are at greater risk of being exposed to second- or third-hand smoke when compared to those living in other areas.

“This is one of the first studies to explore the risks of very young children, especially infants, for second- or third-hand exposure to smoking,” said lead author Lisa M. Gatzke-Kopp. “Our findings suggest that moving frequently, having more adults in the home, and spending less time in center-based, daycare facilities may increase a child’s exposure to smoke or smoke residue.”

Being aware of risks

To test the effects of second- and third-hand smoke on young children in rural areas, the researchers tested the saliva of over 1,200 children from North Carolina and Pennsylvania.

The children’s saliva was tested at six months, 15 months, two years, and four years, and the researchers assessed their levels of cotinine -- the aftermath of the body breaking down nicotine, which typically happens in those exposed to cigarette smoke.

From there, the researchers placed the children in different groups depending on how much cotinine was found in their systems. They found that, overall, the totals were higher than what was recently reported in the National Health and Nutrition Examination Survey.

Nearly 50 percent of children made it into the moderate exposure group, while 15 percent were classified as high exposure, and 37 percent were low exposure. The researchers suggest that the numbers were so high because they started testing the children from infancy.

“Because infants often put objects into their mouths and crawl on floors, they may be more likely to ingest smoke residue or get it on their skin, compared to older children,” said Gatzke-Kopp.

Children were at a greater risk when they moved frequently, were in lower income areas, or had adults moving in and out often. Risk went down when they spent more time in public daycare facilities. The researchers wanted parents to know that their are tangible risk factors, and they want adults to be as knowledgeable as possible to help keep the children in their lives safe and healthy.

For children living with smokers, it can be difficult to avoid smoke residue on furniture, clothing, or in the air. A recent study found that children of smokers have a considerable amount of nicotine on their hands just from coming into contact with regular household items.

Nicotine can pass through the air and onto various surfaces, and children can experience a number of health problems as a result, including asthma attacks and ear infections. To help protect residents in public housing, it is now illegal to smoke in federal public housing units.

Because these units typically house large numbers of people, banning smoking can help keep larger numbers of people safe from second- or third-hand smoke -- particularly because the units are so close together.