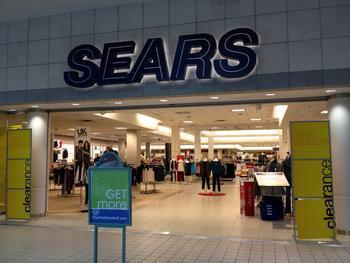 There are many out there questioning Sears’ ability to survive in the retail market, including executives from Sears itself.

Further evidence of the retailer’s struggle surfaced in an announcement made Thursday, which detailed the closing of 20 more stores in several different states. The decision to close these locations brings the total number this year to 235. According to Business Insider, the total number of stores has diminished to 1,180 from 2,073 five years ago.

Employees from the latest batch of closed stores were notified Thursday of the decision, which came on the heels of 59 store closings announced the same day for Sears Canada. The full list of stores can be viewed below:

On top of all its store closing news, Sears did offer one brief glimmer of expansion on Thursday. The company announced the opening of its first Sears Appliances & Mattresses store in Pharr, Texas.

Sears says that the free-standing store will compete in two of its most competitive categories, with hopes that it will follow in the footsteps of a successful Sears Appliances store opened in Ft. Collins, Colorado in 2016, which has “surpassed projections.”

The new store will allow consumers to meet with experts for scheduled appointments and provide flexible options for ordering and picking up purchased items. The grand opening which is currently underway offers discounts of up to 40% on appliances and up to 60% on mattresses.