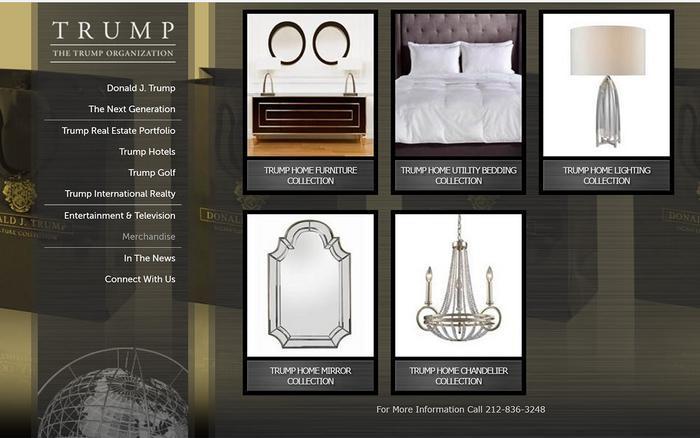 Sears and Kmart are the latest retailers to dump Trump-branded items, saying it's part of an effort to focus on the most profitable merchandise. The jointly-owned retailers said 31 Trump Home items were being removed from their line-ups.

The decision follows last week's move by Nordstrom and Neiman Marcus to drop First Daughter Ivanka Trump's line of clothing. President Trump reacted with outrage, tweeting that Nordstrom was treating his daughter unfairly, but Nordstrom said the decision was not political.

"We've said all along we make buying decisions based on performance," Nordstrom said. "In this case, based on the brand's performance, we've decided not to buy it for this season,"

A Wall Street Journal report on Saturday confirmed that Nordstrom sales of Ivanka Trump's brand had dropped sharply before the retailer discontinued sales. The report, based on internal Nordstrom data, found that sales of Ivanka Trump clothing and shoes had dropped more than 70 percent in the second, third and fourth week of October compared with the same weeks the previous year.

Sears also blamed poor sales for the removal of 31 Trump Home items from its lineup.

"As part of the company’s initiative to optimize its online product assortment, we constantly refine that assortment to focus on our most profitable items," spokesman Brian Hanover said in a statement, Reuters reported.

The Trump Home collection includes furniture, bedding, and lighting, often from makers that supply Trump hotels, according to the collection's website.