Samsung and Apple settle their legal differences out of court 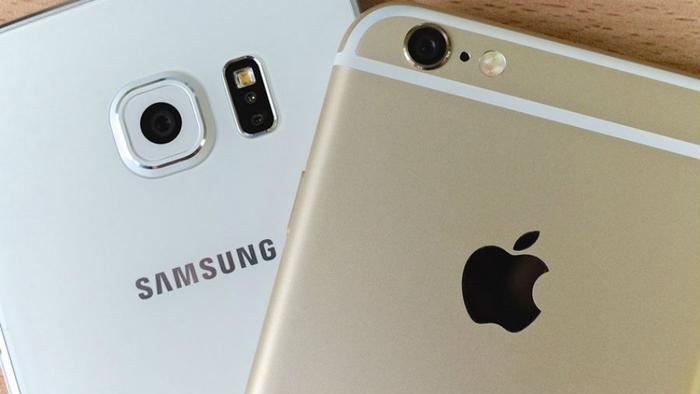 Samsung and Apple have decided to lay down their weapons, send the lawyers home, and call it a day in their contentious 7-year battle over five design patents relating to the look of the exterior of Apple’s iPhone, software icons, and other features.

Terms of the settlement have not yet been disclosed.

News of the settlement came out of the blue and only a month after Apple won damages of $539 million in a retrial of the case. That second trial turned out to be a bad news for Samsung since it had already paid Apple $399 million; asking for a retrial cost the company another $140 million.

The backstory of the battle

In the midst of Apple’s first volley in the lawsuit, then-President Steve Jobs' reaction to the 2010 unveiling of Samsung’s smartphone was fury -- calling it "a great theft," according to Jobs’ biographer Walter Isaacson.

"I will spend my last dying breath if I need to, and I will spend every penny of Apple's $40 billion in the bank, to right this wrong... I'm going to destroy Android, because it's a stolen product. I'm willing to go thermonuclear war on this," Jobs reportedly threatened after seeing Samsung’s announcement.

Samsung was determined not to go down without a fight either, going as far as filing a petition with the U.S. Supreme Court in 2015 to hear the case. Even though the Court hadn’t heard a design patent case in more than 120 years, Samsung pleaded "for a modern interpretation of the law to protect innovation, competition, and business of all sizes in the U.S."

"Samsung believes that awarding the total profit on an entire product for a single design patent on a small portion of the product protects and compensates design patent holders well beyond any inventive contribution of the design to the product," wrote Samsung at the time of the filing. "Such unjustified windfalls could hamper the progress of science, which the U.S. patent system was originally created to protect."

"When design patent law was created, products were much simpler; a design patent covered things like the handle of a spoon or a carpet pattern, which may have driven a purchase decision. Today, a cell phone can use 250,000 design and utility patents. Based on the current legal precedent, if just one of the design patents is infringed, the patent owner can obtain all of the product’s profit. Samsung believes this devalues the contributions of the hundreds of thousands of other patents, encourages form over function, allows for excessive awards and can enable a wave of opportunistic lawsuits," reasoned Samsung.

The Court agreed with Samsung’s logic, but sent it to a lower court to figure out how to more fairly compensate Apple. That’s where a jury awarded Apple with $539 million.