The issue could affect as many as 105,000 vehicles 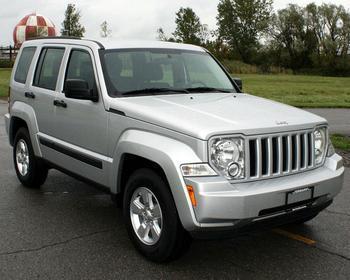 Jeep owners have experienced their fair share of dangerous malfunctions recently, from vehicles rolling away and crushing owners due to a problem with the gear selector to older models' tendency to burst into flame in the event of an accident.

Now regulators are looking into reports that certain models may fail to deploy airbags in the event of a crash. The National Highway Traffic Safety Administration (NHTSA) opened a probe into the issue on June 1, saying that as many as 105,000 model year 2012 Jeep Liberty vehicles may be affected.

Many owners who submitted reports have said that the air bag warning light remained illuminated while the vehicle was being used, an indication that the ORC module had failed. Regulators point out that replacing the module fixed this issue in some cases, but reports suggest this can cost hundreds of dollars. As such, some drivers have declined to take this step and are continuing to use their vehicle, potentially increasing their risk of injury or death in the event of a crash.

NHTSA has said that their current probe is only a preliminary evaluation to determine the scope, frequency, and safety-related consequences of the potential defect. Consumers who own a 2012 Jeep Liberty who have also experienced this issue are encouraged to file a complaint with NHTSA.