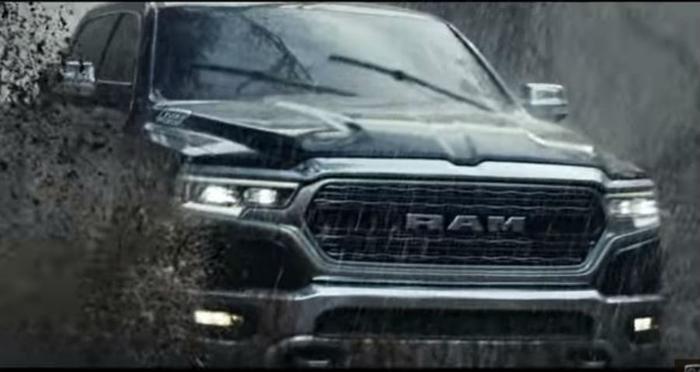 A sermon that King gave on February 4, 1968, exactly fifty years ago from the 2018 Super Bowl, was used to narrate the company’s commercial for Ram Trucks. King discusses serving a higher purpose in his sermon. The advertisement ends on the motto, “Built to Serve.”

Critics noted that King was highly critical of capitalism, describing it as “evil” in one speech. The social media outrage and jokes about the irony of his words now being used in a multi-million dollar commercial spurred a defensive response from the company.

“We worked closely with the representatives of the Martin Luther King Jr. estate to receive the necessary approvals, and estate representatives were a very important part of the creative process every step of the way,” Fiat said in a statement.

But on Twitter, The King Center clarified that they did not approve of allowing King’s sermon in the advertisement. They explained that the issue, however, was out of their hands.

“Neither @TheKingCenter nor @BerniceKing,” his daughter, “is the entity that approves the use of #MLK’s words or imagery for use in merchandise, entertainment (movies, music, artwork, etc) or advertisement, including tonight’s @Dodge #SuperBowl commercial,” the center wrote.

Neither @TheKingCenter nor @BerniceKing is the entity that approves the use of #MLK’s words or imagery for use in merchandise, entertainment (movies, music, artwork, etc) or advertisement, including tonight’s @Dodge#SuperBowl commercial.

The apparent discrepancy can be traced back to a dispute between the children who control the estates of Martin Luther King and Coretta Scott King.

An entity called Intellectual Properties Management Inc., run by the Kings’ son Dexter, reportedly owns the rights to all of the reverend’s speeches and images. The company’s managing director, Eric Tidwell, released a statement to NBC on Monday that similarly defended the ad.

“We found that the overall message of the ad embodied Dr. King's philosophy that true greatness is achieved by serving others. Thus we decided to be a part of Ram's 'Built To Serve' Super Bowl program,” he said. (Tidwell has not returned a voicemail left by ConsumerAffairs).

But Dexter’s sister, the minister Bernice King, controls The King Center nonprofit, a separate entity. She distanced herself from the advertisement, replying “No” when a writer on Twitter asked whether his children approved of the commercial.

The siblings have long battled each other in court over control of their parents’ estates. Several years ago, brothers Dexter and Martin Luther III sued Bernice in an attempt to obtain their father’s  Bible and Nobel Peace Prize medal. The brothers reportedly wanted to sell the artifacts, but Bernice did not.

The estate, which claimed that the artifacts had been stored in unsafe conditions, dismissed their lawsuit against the center after the siblings reached a settlement in 2015.

It’s not the first time that advertisers have used the civil rights icon to sell a car. General Motors and Mercedes Benz have also used footage of King in their commercials over the years. But Fiat’s commercial came at a time when some NFL players continue to face their own storm of backlash for kneeling during the National Anthem to protest racial injustice.

While advertisers over the years have typically used their valuable Super Bowl airtime to make commercials that are comedic, others like Fiat have attempted to appeal to consumers’ emotions. Hyundai’s 2018 Super Bowl ad depicted its customers getting introduced to cancer survivors. And Coca-Cola’s commercial last night tied the beverage to images of a diverse and inclusive planet.

Light-hearted ads  for Tide and Pepsi scored better with critics.