Polaroid: not your grandfather's instant camera

First instant camera maker is returning to its roots 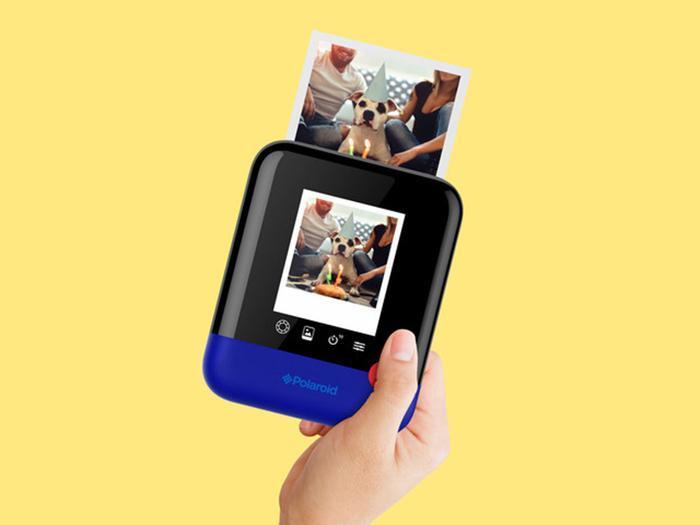 The Polaroid Land camera was the must-have gadget of the 1960s. A hit at parties and family functions, you could take pictures and have a print 60 seconds later, without having to send the film off for developing.

Well, we all know what's happened to camera manufacturers in the last few decades – they either evolved or died. So, while Polaroid's early instant cameras are now collectors' items, the company, celebrating its 80th anniversary in 2017, is displaying an updated product line-up at the Consumer Electronics Show (CES) in Las Vegas this week.

And while instant images are now just an accepted part of the digital era, Polaroid is going back to its roots to refresh the whole idea of instant prints. It's preparing to release Polaroid Pop, which it describes as an instant digital camera utilizing ZINK -- Zero Ink Printing Technology -- in the same 3x4 inch format that is similar to the early generation of instant print cameras.

The camera features a 3.97-inch touchscreen LCD, a 20-megapixel CMOS sensor and dual LED flash. Like many of today's high-end cameras, the Pop is also a video recorder, capturing 1080p full HD video with image stabilization.

And because it easily connects to your tablet or smartphone, the Polaroid Pop can quickly become a photo printer, printing images taken on other devices.

"There's an incredible level of excitement for us this year," said Scott W. Hardy, President and CEO of Polaroid. "We're debuting new products across several categories, many of which are new for Polaroid, as well as those which we're quite familiar with, especially the instant digital market."

Those new areas include 3D printing, drones and virtual reality (VR). Polaroid is using CES to launch its Polaroid PM05, its first VR headset for the American market. The company says it has positioned that product to be an attractive alternative to similar products from Apple or Google.

The company is also introducing three new Polaroid 3D printers, aimed at consumers who want to print models, parts and artwork. The printers can be controlled with iPhone or Android apps. They have a printing layer resolution of 100 microns and employ the popular and user-friendly 1.75mm filament.

Polaroid's new drone models feature a six-axis gyroscope flight stabilization system and an expanded range of flight speeds. Naturally, the new line of drones come with cameras and are paired with a dedicated 2.4 GHz remote controller. Some models even offer live stream video through a free mobile app.