Persistent pain during and after childbirth may lead to postnatal depression, study shows 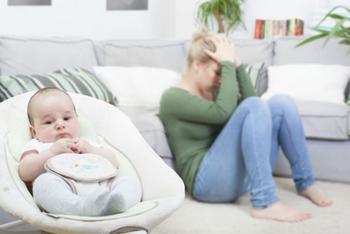 The joy of having a child often outweighs the stress and hardship of pregnancy for most couples. However, many women often begin their first phase of motherhood in sadness – punctuated by mood swings, trouble sleeping, unexpected outbursts of crying, and apprehension.

In more serious cases, this initial depression can worsen into postpartum, or postnatal, depression (PND), which is generally more severe. While there is no single cause of this condition, new research shows that women are more likely to experience PND if they experience persistent pain during and after childbirth.

“We concluded that greater pain vulnerability and stress during intrapartum period, and presence of persistent pain or higher anxiety during postpartum period are positively associated with higher scores on PND tests,” said Dr. Wei Du.

The researchers came to these conclusions after conducting a cohort study of 200 women who received an epidural during childbirth to relieve pain. Participants were assessed for psychological vulnerability, perceived stress, and pain during childbirth.

After the birth of the child, participants were contacted again 6-8 weeks later for another assessment. They were asked about any perceived pain during childbirth, their current pain levels, and were assessed for symptoms of anxiety. Out of the 138 women who were included in the final analysis, the researchers found that 5.8% had PND symptoms four weeks after giving birth.

Members included in this smaller percentage reported having greater levels of stress, greater pain during childbirth, and higher levels of anxiety 6-8 weeks after giving birth. Additionally, they were more likely than other women to report persistent pain after the four-week postpartum period, a time when many other women were able to recover and find relief.

The researchers believe that their findings underscore how pain can lead to PND. They hope that their work can help pregnant and recovering women find the help they need.

“The research findings support the need to address pain comprehensively to lessen the risk of developing PND, and a larger study is being conducted to evaluate the impact of pain and PND in pregnant women,” concluded Dr. Ban Leong Sng.

The research was presented at this year’s World Congress of Anaesthesiologists (WCA) in Hong Kong.