Low inventory is blamed for the pullback 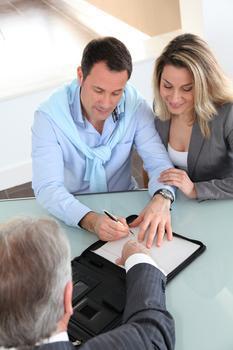 After surging to the highest level in nearly a year during February, pending home sales have slackened a bit.

The National Association of Realtors (NAR) reports its Pending Home Sales Index (PHSI) dipped 0.8% in March, with only the South registering an increase in contract signings.

NAR Chief Economist Lawrence Yun blames sparse inventories for the decline in the forward-looking indicator based on contract signings.

"Home shoppers are coming out in droves this spring and competing with each other for the meager amount of listings in the affordable price range," said Yun. "In most areas, the lower the price of a home for sale, the more competition there is for it. That's the reason why first-time buyers have yet to make up a larger share of the market this year, despite there being more sales overall."

"Sellers are in the driver's seat this spring as the intense competition for the few homes for sale is forcing many buyers to be aggressive in their offers," said Yun. "Buyers are showing resiliency given the challenging conditions. However, at some point -- and the sooner the better -- price growth must ease to a healthier rate. Otherwise sales could slow if affordability conditions worsen."

Yun sees existing-home sales at around 5.64 million this year -- up 3.5% from 2016. The national median existing-home price this year, he speculates, will rise around 5%.