Up to 408 locations are on the chopping block, with 112 already dead in the water 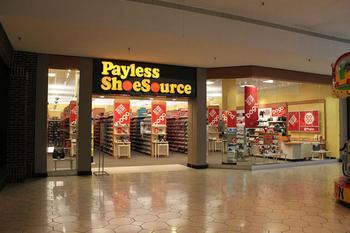 Back in April, Payless ShoeSource filed for Chapter 11 bankruptcy in an attempt to reorganize its business and return to profitability. Unfortunately, the company’s announced that part of that effort would involve closing many of its stores across the U.S.

“This is a difficult, but necessary, decision driven by the continued challenges of the retail environment, which will only intensify…We will build a stronger Payless for our customers, vendors and suppliers, associates, business partners and other stakeholders though this process,” said CEO Paul Jones at the time.

Now it seems the company has decided on which locations will definitely be shutting down in its second wave of closings. According to court papers, the company has asked permission to close down 112 of its stores outright and will possibly close another 296 locations if it cannot reach an agreement with landlords to lower rent prices. However, company officials are hopeful that they will be able to work out a deal.

“We remain hopeful…negotiations will result in consensual modifications and rent concessions with respect to these additional stores and that many of the 296 will remain open,” spokeswoman said in a statement to Fortune.

The company has already made some inroads towards reducing its overall debt; according to a Wall Street Journal report, Payless has already made a deal with its lenders to reduce its $838 million in funded debt by 40% by offering equity stakes in the company and promising “significant recoveries.”

The company says it hopes to emerge from bankruptcy in August.