Orkin releases its list of cities with worst bedbug problems 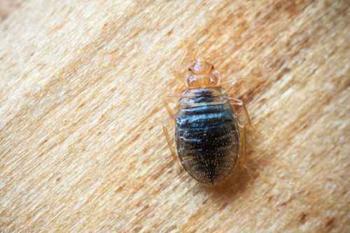 Pest control company Orkin has released its annual list of locations with the worst bedbug problems. This year, Baltimore ranks number one, based on Orkin service calls at both residential and commercial property.

The city’s number one ranking is the result of a nine-spot jump from last year. Its place in the top five is a first for Baltimore, but other major cities have simply held onto the high-ranking positions they've previously claimed.

Washington, D.C., Chicago, and New York, for instance, have remained at the top of Orkin’s top 50 list. Last year, Chicago claimed the top spot, but the windy city appears to have improved its bedbug situation over the past year, given its two-place descent from number one.

Bed bugs can enter your home by hitching a ride on your luggage or other personal belongings. And the tiny pests don’t only lurk in beds -- they can be found anywhere from furniture and rugs to public places like movie theaters and public transit.

“We have more people affected by bed bugs in the United States now than ever before," said Orkin Entomologist and Director of Technical Services Ron Harrison, Ph.D., noting that bed bugs were virtually unheard of in the U.S. 10 years ago.

Bedbug bites “are typically itchy, and they may appear clustered or lined up in rough rows,” according to the Mayo Clinic. To detect and prevent bedbugs, Orkin recommends regularly inspecting your home and giving hotel rooms a once-over when traveling.

At home, check for bedbugs in locations where they hide during the day, including mattress seams and behind baseboards, headboards, electrical outlets, and picture frames. Harrison says he performs this inspection every week.

When traveling, check to ensure that your hotel room doesn’t show signs of an infestation. Look for black or brown spots on furniture and check common bed bug hiding spots, just as you would in your home.

Make sure to elevate your luggage away from the bed and wall. The safest place to stow luggage is in the bathroom, says Orkin. Examine your luggage before heading home and again after you have returned home.