Couples who have experienced divorce may be more comfortable living separately 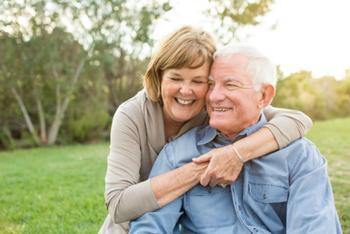 Many U.S. consumers might envision a typical, mature relationship as two married adults who own a house and live in harmony. But a new study shows that a new global trend may be taking form among older adults who have previously been divorced.

Researchers from the University of Missouri say that some older couples are choosing to forego typical living patterns for a more relaxed arrangement. Instead of living in the same place, they say that older couples that have experienced divorce are opting to keep separate homes, dubbed “Living Apart Together” (LAT).

“What has long been understood about late-in-life relationships is largely based on long-term marriage. There are now more divorced and widowed adults who are interested in forging new intimate relationships outside the confines of marriage,” said researcher Jaquelyn Benson.

While LAT relationships are more commonly accepted in Europe than in the U.S., the researchers point out that there are some advantages to the system. In their study, the researchers found that LAT couples tended to be more self-reliant – tending more towards financial and social independence than couples in a traditional relationship.

However, there were also some drawbacks observed about LAT relationships. LAT couples had more trouble than traditional couples when it came to expressing the nature of their relationship to others, with many stating that the terms “boyfriend” or “girlfriend” were not sufficient. Additionally, LAT couples had trouble determining how caregiving for a child or “family” decision-making should be handled.

“While we are learning more about LAT relationships, further research is needed to determine how LAT relationships are related to issues such as health care and caregiving. Discussions about end-of-life planning and caregiving can be sensitive to talk about; however, LAT couples should make it a priority to have these conversations both as a couple and with their families," Benson said.

"Many of us wait until a crisis to address those issues, but in situations like LAT where there are no socially prescribed norms dictating behavior these conversations may be more important than ever.

While some may suggest that the negatives outweigh the positives, Benson says that an LAT relationship may be perfect for older couples who have experienced the sting of divorce before.

“Recent research demonstrates that there are other ways of establishing long-lasting, high-quality relationships without committing to marriage or living together. . . If more people—young and old, married or not—saw LAT as an option, it might save them from a lot of future heartache,” she said.

The full study has been published in Family Relations.