Because of the growth in mobile devices, Verizon is running out of numbers 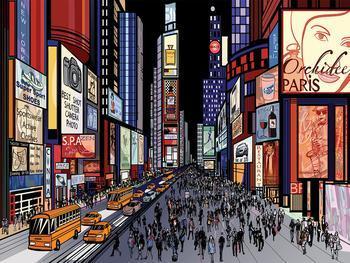 The proliferation of mobile devices is requiring more and more telephone numbers. So many that Verizon has announced a fourth area code to cover parts of New York City.

Starting Saturday, June 10, customers in Manhattan requesting new service, either on a landline or using a wireless service, will be assigned a telephone number under a new area code – 332. The new area code joins 212, 646, and 917 as area codes covering Manhattan and surrounding boroughs and suburbs.

Since there are a finite number of numeric combinations with a three-digit exchange and four digit number, the need for additional area codes shows the impact of mobile phones. Until the 1990s, Manhattan was easily served by the 212 area code.

The 212 area code was so closely identified with New York City that it became something of a status symbol after the new 646 area code was introduced, a sentiment that inspired the scene below from the 1990s sitcom “Seinfeld.”

Verizon notes New York's population might not be growing that fast, but the population of mobile phones is. To ensure the supply of telephone numbers, it says it is overlaying the 332 area code over the borough of Manhattan served by the other three area codes.

When listing your telephone number, Verizon say New Yorkers should continue to use all ten digits, including area code.

By the mid 1990s many U.S. cities had more than one area code, driven at first by the use of pagers and fax machines, then later the increasing use of cellphones. Today, landline growth is flat or declining while the need for numbers for mobile device continues to rise.