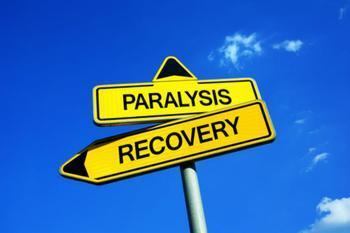 Perhaps one of the most debilitating of all injuries are those that affect the spinal cord. Depending on the severity, many people permanently lose strength, sensation, and other body function below the injured area. In some cases, that means the loss of functionality in the legs.

But recent work done by researchers with the Mayo Clinic give hope to those who have suffered a spinal cord injury. Working with UCLA researchers and other colleagues, neurosurgeon and principal investigator Dr. Kendall Lee was able to help a 26-year-old man regain control over previously paralyzed movement, such as step-like actions, balance control, and standing

"We're really excited, because our results went beyond our expectations. These are initial findings, but the patient is continuing to make progress," Lee said

The unexpected outcomes were a result of intense physical therapy combined with epidural stimulation therapy, a process involving an electrode that is implanted in the epidural region below the injured area. The patient had injured his spinal cord three years earlier at the sixth thoracic vertebrae in the middle of his back, leading to loss of feeling or movement below the torso.

The patient went through 22 weeks of physical therapy to prepare his muscles for the planned tasks during spinal cord stimulation. During that time, the researchers characterized his injury as “discomplete,” indicating that there was a possibility of some connections across the injured areas of his spine.

After the 22-week period, the patient had the electrode surgically implanted; the placement of the device allowed the researchers to control it via a computer-controlled device underneath the skin of his abdomen. With the two pieces of equipment, the researchers were able to send electrical current to the spinal cord to enable physical movement.

After three weeks of recovery, the patient resumed physical therapy with the stimulation settings adjusted to enable movements. The researchers found that the combination allowed the patient to move his legs while lying on his side, make step-like motions while lying on his side and while standing with partial support, and stand independently using his arms on support bars. All of these outcomes showed that the patient’s brain was sending signals to his spine to allow him to move his legs.

The researchers say the patient’s progress is groundbreaking and makes the case for further potential use of epidural stimulation therapy.

"This has really set the tone for our post-surgical rehabilitation -- trying to use that function the patient recovered to drive even more return of abilities," said co-principal investigator Dr. Kristin Zhao.

"While these are early results, it speaks to how Mayo Clinic researchers relentlessly pursue discoveries and innovative solutions that address the unmet needs of patients. These teams highlight Mayo Clinic's unique culture of collaboration, which brings together scientists and physician experts who work side by side to accelerate scientific discoveries into critical advances for patient care," added Dr. Gregory Gores, executive dean of research at the Mayo Clinic.

The full study has been published in Mayo Clinic Proceedings.