New teachers are finding it hard to rent a home 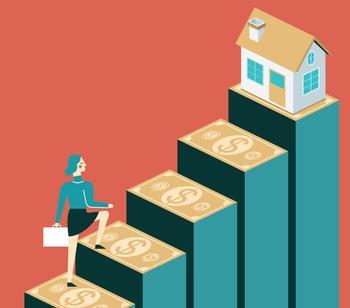 It isn’t just the price of homes that is going up -- rents are getting more expensive too, creating hardships for people just beginning a career.

If that career involves teaching, then the burden is even heavier. A new survey from real estate marketplace Zillow shows new teachers are having to spend more than half of their salaries to rent a home in 19 of the nation’s 50 largest metro areas. That’s a huge problem because personal finance experts advise consumers not to allocate more than 30 percent of their income to pay rent or a mortgage.

A new teacher in San Francisco or San Jose -- two of the nation’s most expensive housing markets -- are simply out of luck. Rents there would take 100 percent of their salary, the Zillow study says. Even relatively affordable markets like Salt Lake City, Minneapolis, and Raleigh are hard on new teachers. To rent an apartment in those markets, it would take half of a new teacher’s pay.

Zillow’s advice to new teachers? Get a roommate or move in with Mom and Dad. Other than that, finding a job in Pittsburgh might be an answer since that city is the only one in the top 50 that a starting teacher can afford.

"Most acknowledge that building more homes is required to address the root cause of eroding housing affordability,”said Skylar Olsen, Zillow's director of economic research.

“Without that new influx to take the pressure off rent and aggressive home value growth, it's the public servants, like teachers, firefighters, and nurses – the professions that keep us safe, our kids smart, and our families healthy – that often feel the pinch most."

Homebuilding is about half what it was a decade ago before the housing crash. Today’s major homebuilders -- many of them publicly traded companies -- have focused on more expensive homes that fewer and fewer consumers can afford because profit margins are higher.