Creates the impression you are home even when you aren't 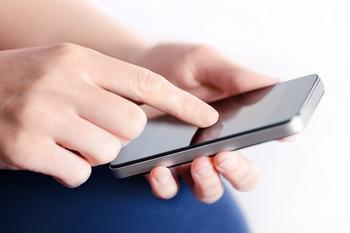 Automated security doors and gates can be expensive, but if you have a smartphone, you can probably install one for less than you think.

The new Infinite-Range Wireless Cell Phone Network Intercom series by RoveTec creates a system where entry is controlled by simply sending a text message. The company has previously marketed the system in Europe.

When a visitor arrives they press a button that calls a smartphone in the possession of the person controlling the doorway. They don't even have to be on the scene. After a brief conversation, the person in control just sends a text message to the control center to open the lock.

Controlled with a smartphone

A business owner can send a text message to a security gate to temporarily open it, latch it open, or check the status to find out whether it is open or closed. If an event is occurring where lots of people will be entering the gate, a text message could be sent to the gate to latch it in the open position. At the end of the event, another message is sent to close it again.

The Infinite-Range uses a cell phone network to provide wireless communications. As long as there is AT&T or T-Mobile cellular service at the door or gate, the system will work.

When a visitor presses the call button, the Infinite-Range calls up to three pre-programmed telephone numbers. It dials the first number and if no one answers, it tries the second and then third. Visitors should always be able to reach someone so important deliveries or visitors will not be missed, the company says.

People who are allowed automatic access such as delivery drivers, landscaping personnel, friends, family members, or anyone who needs access to the property can simply place a call and the door or gate opens, without having to speak with anyone. Up to 100 of these phone numbers can be programmed into the system. The gate won't open without the correct Caller ID coming in with a call.

"Not only is the Infinite-Range a great productivity tool for businesses, it can also be used for home security to make it appear you're at home even when you aren't,” said , president of IntercomsOnline.com, which is handling U.S. sales.

If a burglar or unauthorized person rings your doorbell to see if anyone is home, you'll always be able to answer, whether you are at home or not.