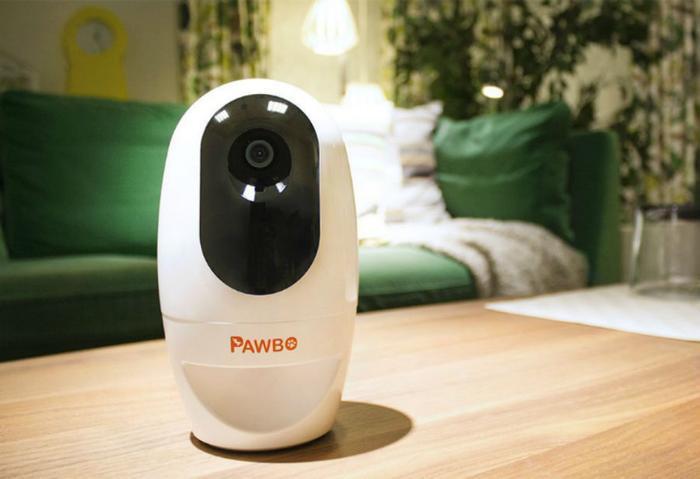 Since the first bond between human and pet was established, we’ve been curious to know what they do while we’re away. But it wasn’t until recently that technology evolved enough for us to actually be able to see the answer.

As we’ve reported, several products -- including GoBone and the PlayDate small ball -- allow pet owners to check on and play games with their four-legged friends from wherever they may be. Now, Acer has rolled out a pet cam of its own.

The Pawbo Plus is an internet-connected camera that enables pet parents to see, talk to, and even play with their pets right from their smartphone.

A more advanced version of the original Pawbo, which debuted last year, the Plus boasts a wide-angle view, simultaneous streaming, and the ability to toggle between different feeds in the house.

Additionally, the app-controlled camera can help you give your pet some exercise and mental stimulation. Thanks to a motorized laser pointer, you don’t have to be at home to be able to watch your cat dash after a red dot.

Interacting with Fido is also made easier. A microphone and two-way camera lets doting dog parents talk to their pooch, and an automatic treat dispenser can even dole out a reward.

These remote interactions may lead to some cute antics, and luckily, you can share these aww-inspiring moments with others. With your permission, up to eight friends or family members can join and view the video streaming.

Later this year, several Pawbo add-ons will hit the market. An additional treat dispenser, appropriately named Pawbo Munch, may be a handy training tool for those raising a puppy. Pet owners can easily distract a chew-happy puppy with a treat on the other side of the room.

New toys will also be joining the Pawbo family. The Pawbo Catch will get cats active by waving a plastic wand in every direction. There’s also Pawbo Punch, which will get your pet involved in a game similar to whack-a-mole.

The company is currently accepting pre-orders for the Pawbo Plus ($170). It is expected to ship in November.