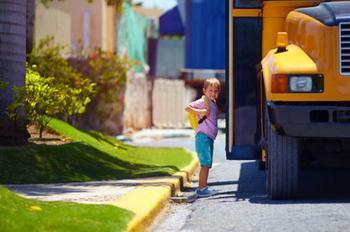 For families with school-aged children, house hunting is often a much more grueling process. Homes without space for a playset in the backyard may be ruled out, while others may not make the cut due to a shortage of bedrooms.

But ample square footage and family-friendly amenities often mean little if the house isn’t in a good school district. Real estate agents aren’t allowed to provide advice or opinions on schools, but they can direct buyers to sites like GreatSchools.org -- a site which ranks schools on a one-to-10 scale.

Consumers can browse listings by city, zip code, or country to get a list of schools ranked on the Cruvita School Score index -- a ranking system that assigns letter grades to most public schools in the U.S. based on a variety of factors.

Cruvita says its school scores are based on “objective data,” meaning that house hunters with kids can have their search guided by facts rather than public opinion.

"The objective data is more than just test scores. It is a patent-pending algorithm that uses educational data and several other pieces of socioeconomic data, including housing trends, to develop the score," Cruvita explains on its website.

The site also says its detailed ranking system can help to eliminate the problem of not being able to choose between two schools.

With scores ranging from 0 to 10,000 and an additional letter grade of A+ to F-, buyers would be hard pressed to find two schools with the exact same score. The Cruvita School Score index also ranks every school according to a standard grade score, so a B+ in Colorado is equal to a B+ in California.