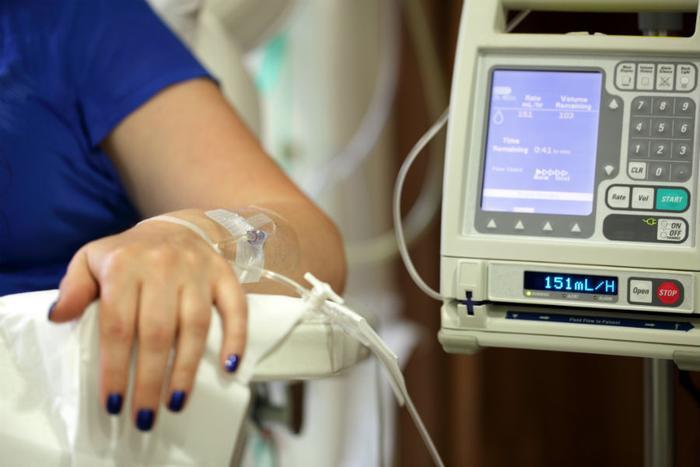 For cancer sufferers, the list of side effects that can come with traditional chemotherapy drugs is extensive.

To help combat those issues, researchers from the University of California at Berkeley began testing a drug sponge that could be inserted into patients’ bloodstreams. The sponge would soak up any unused chemo drugs to help prevent negative side effects from the medication.

The researchers have started by using the sponge for liver cancer, but they are hoping to expand it to help a wide breadth of patients in the near future.

“We are developing this around liver cancer because it is a big public health threat -- there are tens of thousands of new cases every year -- and we already treat liver cancer using intra-arterial chemotherapy,” said researcher Steven Hetts. “But if you think about it, you could use this sort of approach for any tumor or any disease that is confined to an organ, and you want to absorb the drug on the venous side before it can distribute and cause side effects elsewhere in the body.”

Hetts reported treating certain tumors by injecting chemotherapy into a catheter targeted directly at the tumor. However, with the drug sponge -- a 3D cylinder coated with an absorbent polymer -- Hetts wanted to streamline that approach even further.

The goal with the sponge is to have the chemo drugs attack the tumor directly, and the sponge would then absorb any excess or unused drugs before it could spread and harm the rest of the body.

The earliest experiments of the sponge were tested on healthy pigs. The researchers measured how much of the drug was absorbed versus how much traveled through the animal and found that 64 percent was absorbed.

Moving forward, the researchers want to be able to test the effectiveness of the sponge on humans, though they are pleased with the initial results.

“This is a first level in vivo validation that yes, this device will bind up drug in the bloodstream,” Hetts said. “But extensive animal testing is not the next path; the next path is getting conditional approval from the FDA to do first in-human studies, because it is much more realistic to test these in people who have cancer as opposed to continuing to test in young pigs who have otherwise healthy livers.”

The researchers also note that this method would be “less invasive,” and help prevent cancer sufferers from countless side effects from chemo drugs, including ulcers, diarrhea, nausea, vomiting, and suppressed immune system, among others, in a “gentler manner.”