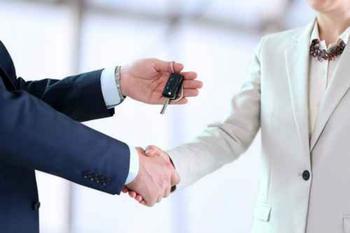 February new car sales are often a mixed bag. It's the shortest month of the year, so there are fewer days to sell cars.

Kelley Blue Book projects new-vehicle sales will fall 3% year-over-year to a total of 1.3 million units in February. On a seasonally adjusted annual rate (SAAR), that works out to an estimated 17.1 million vehicles by the end of December.

But in spite of the expected sales dip, Fleming says 17 million vehicles would be a healthy annual sales total.

Automotive site Edmunds.com sees a slightly better February, projecting SAAR sales of 17.6 million. It expects only a 1% drop from last February and a 17% jump over the previous month.

"The holiday weekend is likely a contributing factor to strong sales in February, but we're also seeing signs that automakers are starting to be a bit more aggressive to move cars off the lot," said Jessica Caldwell, Edmunds executive director for industry analysis. "Fleet sales were robust in February, and incentives are continuing to rise. While trucks and SUVs don't need as much help to find interested buyers, inventories of passenger cars have been building."

When dealers and manufacturers have to offer more incentives to move vehicles, that's good for consumers. But you'll get the best deals if you avoid the "hot" cars that are selling the best and focus more on the laggards. Those are the models on which you can negotiate the best deals.

In February, Edmunds projects General Motors will increase its sales over last year, so it might not have to resort to so many attractive incentives.

But Fiat Chrysler and Hyundai/Kia might offer some attractive deals, since their sales are down the most from last year. However, Edmunds projects all carmakers will see sales increases over January.