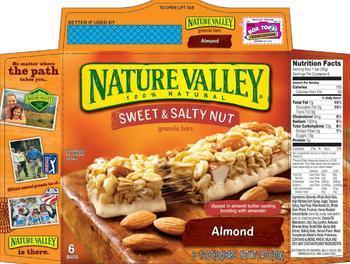 General Mills is in some hot water due to allegations that its Nature Valley products aren’t as natural as they claim to be. Consumer Yusenia Nuez has filed a class-action suit against the company on the grounds that it deceptively advertises Nature Valley bars as being “Made with 100% Natural Whole-Grain Oats.”

Nuez says the claims are false because the products actually contain a chemical called glyphosate, a powerful herbicide that the suit alleges to be a probable carcinogen, human endocrine disrupter, and danger to consumers.

This isn’t the first lawsuit that General Mills has faced over glyphosate. In August, three non-profit organizations sued the company on similar grounds of deceptive labeling, marketing, and sale. The Organic Consumers Association, Moms Across America, and Beyond Pesticides filed a joint suit saying that General Mills was in violation of the District of Columbia Consumer Protection Procedures Act.

The suit alleged that an outside laboratory had found .45 parts per million (ppm) of glyphosate in Nature Valley products. While the reading may seem infinitesimal to some, the groups point out that a product that claims to be “natural” should not contain any foreign substances.

“As a mother, when I read ‘100% natural,’ I would expect that to mean no synthetic or toxic chemicals at all,” said Zen Honeycutt, executive director and founder of Moms Across America.

In response, General Mills has stood strong against its critics and the integrity of its products. “We stand behind our products and the accuracy of our labels,” said Mike Siemienas, manager of brand media relations, of the suit.