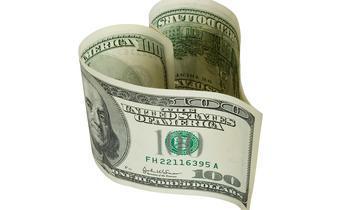 It's become very clear since the financial crisis a decade ago that financial stability is very important in a romantic relationship. Study after study finds couples want a mate with a solid credit score.

Older Millennials are the most likely to have an interest in a potential mate's financial background. Not too surprising, since they are at the age when people start to think about settling down. But bringing up the subject can be a dating challenge.

"It's probably not a great idea to ask for someone's financial history on the first date," said Mike Cetera, credit card analyst at Bankrate.com. "However, it's better to know if a potential partner has a history of bad financial decisions before the relationship goes too far, especially if you plan on making large purchases together or sharing bank accounts."

The issue has probably taken on added significance since the financial crisis, which impacted careers and put many people at a financial disadvantage. That time period also overlaps with the huge build-up in student loan debt. As a result, a low credit score can be a deal-breaker.

A 2013 survey by a division of Experian found 96% of women listed “financial responsibility” as an important trait in a mate. Ninety-one percent of men found it important.

A more recent survey conducted for the National Foundation for Credit Counseling (NFCC) found that large amounts of debt can be toxic for romance. According to the survey, 37% of respondents would not walk down the aisle with someone until their debt was repaid. Ten percent would marry but not help pay the debt while seven percent would take the somewhat extreme action of breaking off the relationship.

As we reported last month, this new interest in financial stability has spawned a new dating site that matches couples based on their credit scores. Members of CreditscoreDating.com fill out personal profiles like anyone else, but in addition to physical descriptions and pet peeves, members are required to post their credit score.

Personal finance guru Suze Orman advises couples to get to know one another's financial orientation very early in the relationship. She calls it “financial intimacy.”

“Financial intimacy is not about contributing the same amount to the joint checking account,” Orman writes on her website. “I am talking about building an understanding and respect for your individual financial personalities and learning how to meld any differences so you are financially in sync.”